Bicycle Accident Laws Florida: Do Bicycles Have the Right of Way in Florida?

Home » Bicycle Accident Laws Florida: Do Bicycles Have the Right of Way in Florida? 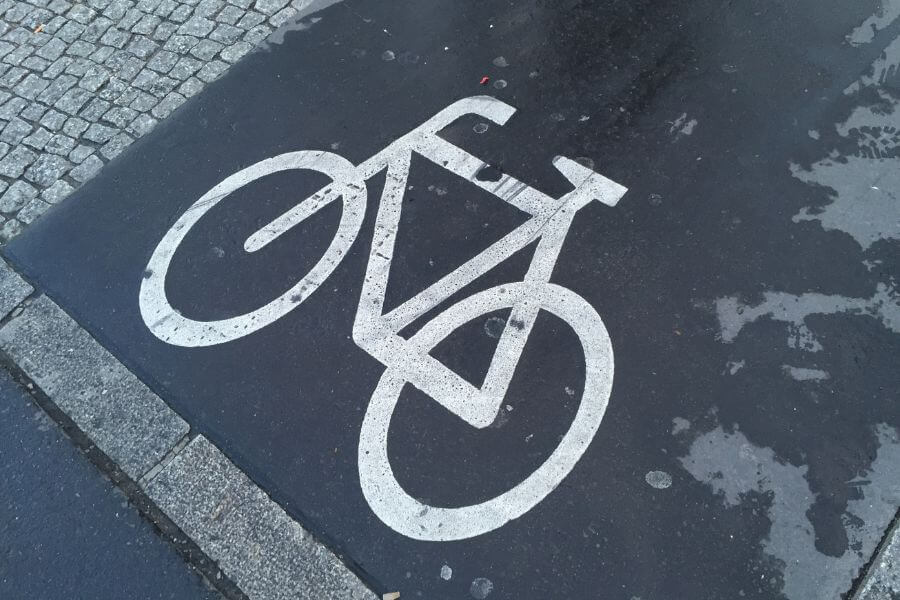 Have you ever been cycling your bike and suddenly come across a crosswalk or intersection that was unclear about who has the right of way – bicycles, pedestrians, or motorists? You are not alone; this is a question many cyclists in Florida face when navigating their bikes on the road.

Florida bike laws state that cyclists have the same rights and responsibilities as motor vehicle drivers, but not all drivers know this. This article will discuss how cyclists interact with pedestrians and other drivers on the road. It will also cover some key things you should keep in mind while biking so that you and other motorists stay safe on the road.

If you find yourself in a Hollywood, Florida, bicycle accident, the best thing to do is to consult with an attorney experienced in Florida bike laws. Get in touch with the Law Offices of Jared Spingarn, P.A., for a free consultation.

How frequently do bike accidents happen in Florida?

In 2020, the Florida Department of Highway Safety and Motor Vehicles (FLHSMV) reported a total of 5,952 bicycle-related crashes on roads in the state. Unfortunately, 169 individuals lost their lives in these accidents, while 759 suffered from incapacitating injuries and another 4,815 sustained varying injury levels. These figures demonstrate how dangerous cycling can be when safety is not considered. 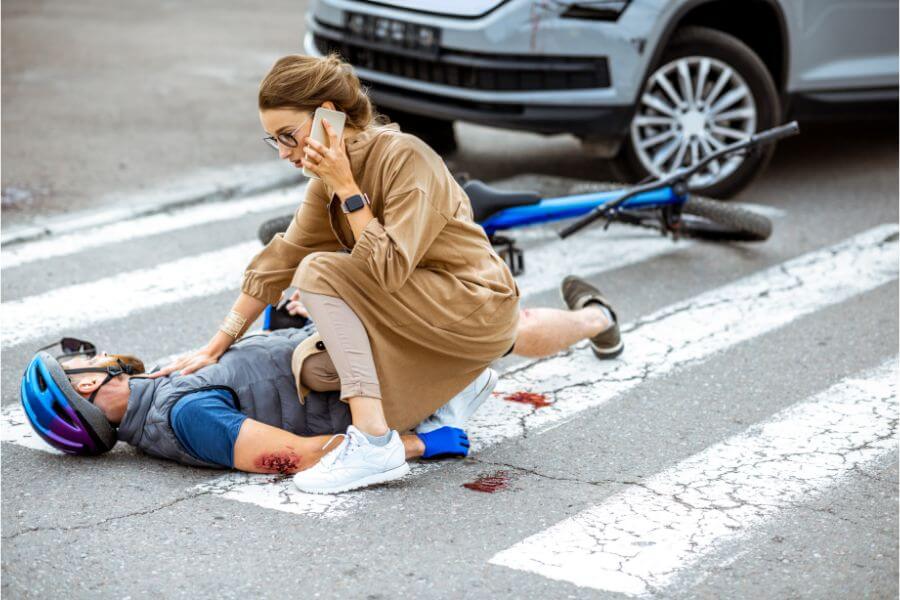 Alarming figures also revealed an unfortunate rise in bicycle-pedestrian accidents throughout Florida. The issue lies with narrow pathways and roads, with cyclists primarily responsible due to their superior control over speed and direction. This creates immense stress among communities across this state, calling for swift action from local authorities to guarantee the safety of all involved in these devastating encounters.

A bike accident can have grave consequences. Those involved in Florida bicycle accidents often suffer from critical injuries and even fatal outcomes.

The most common cause of a bike accident is a collision with a motor vehicle. This can occur due to the driver’s reckless habits behind the wheel. In these cases, the injured cyclist is likely to suffer from more serious injuries than the motor vehicle driver.

Being unaware of the surroundings includes failing to check blind spots, passing too closely, making turns without looking for cyclists, and other careless driving habits. Cyclists can also get sidetracked due to the use of cell phones, music players, or any other activity that distracts them from watching out for traffic. A car accident that leads to an injured bicyclist is often caused by drivers or bicyclists not paying attention to the road.

Failure to Yield the Right-of-Way

Drivers failing to yield the right-of-way to cyclists is when a car makes a left turn across the cyclist’s path, or the cyclist has a green signal, and the driver turns without checking for other traffic. Similarly, Florida bicycle riders who insist on riding through stop signs and red lights can result in serious injury.

Improper Passing or Failing to Signal

Improper passing is when a driver passes a cyclist too closely or without giving them enough space. Failing to signal when turning can also be dangerous as it does not give the cyclist enough warning to react accordingly.

When bike riders are denied a designated bike lane, they must maneuver around various cars and other vehicles on the shared street, putting them in dangerous situations as they struggle to remain safe and stay ahead of traffic.

Bicycle riders may also be the cause of their accident. This could include failing to obey traffic rules and regulations, riding at night without proper lighting or visibility, and other careless habits while on the road.

Hazardous road conditions can lead to bicycle accidents as well. Potholes, debris, broken glass, uneven pavement, wet or icy roads, and other hazards may cause cyclists to lose control of their bikes and crash.

Pedaling against the flow of traffic places cyclists in a highly hazardous situation, not to mention it is illegal. The only time that cyclists can ride against the traffic is when there are designated two-way bike lanes.

Florida bike laws are some of the most comprehensive, offering many protections to bicycle accident victims. The state is one of the few to allow people involved in Florida bicycle accidents to seek compensation through Florida’s No-Fault Insurance law, a system that pays out regardless of who was at fault for a bike crash. 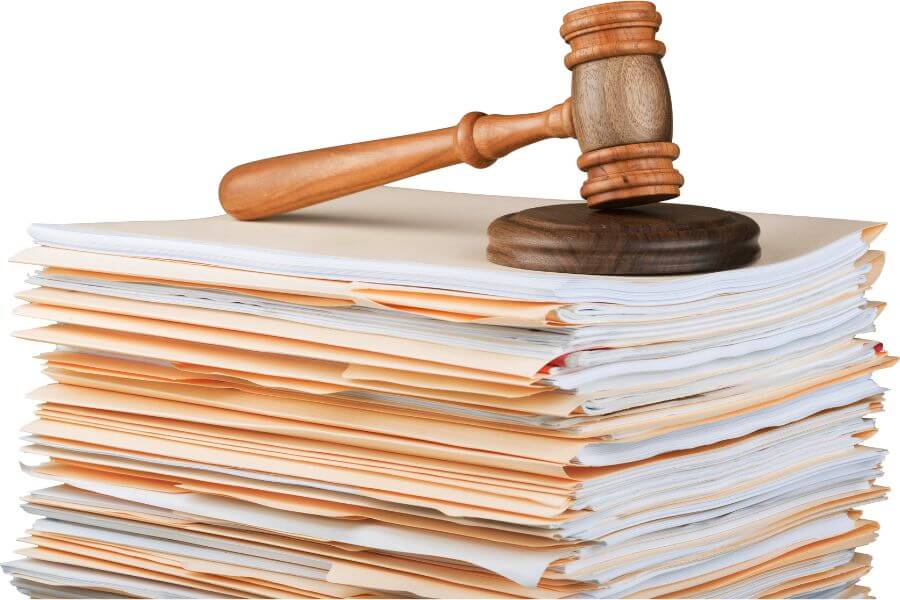 Do Bicycles Have the Right of Way in Florida?

Bicycles in Florida are considered vehicles and thus have the same rights and responsibilities as other motorized vehicles on the road. This means cyclists must obey traffic laws, signal turns, ride in designated bike lanes when available, and constantly look out for other vehicles.

Nevertheless, it is essential to remember that Florida’s laws specify that cyclists have the right-of-way in certain circumstances. When a vehicle driver and cyclist cross each other’s paths, they may be legally obligated to yield to those on two wheels, even if they are allowed to go by the traffic light signal.

In addition, it’s essential to know that pedestrians and bicyclists in Florida have the same right of way. They are granted equal access when navigating public areas like sidewalks or roads. However, when a pedestrian-bicycle crash occurs, the cyclist is usually liable for damage or injury.

What to Do to Prevent a Florida Bike Crash

There are several steps that both Florida bicycle riders and motorists can take to help prevent a bicycle accident in the state.

For Both Cyclists and Motorists

Proactive Steps to Take on the Event of a Bike Accident

Several steps should be taken to protect yourself and your rights in a bicycle accident. 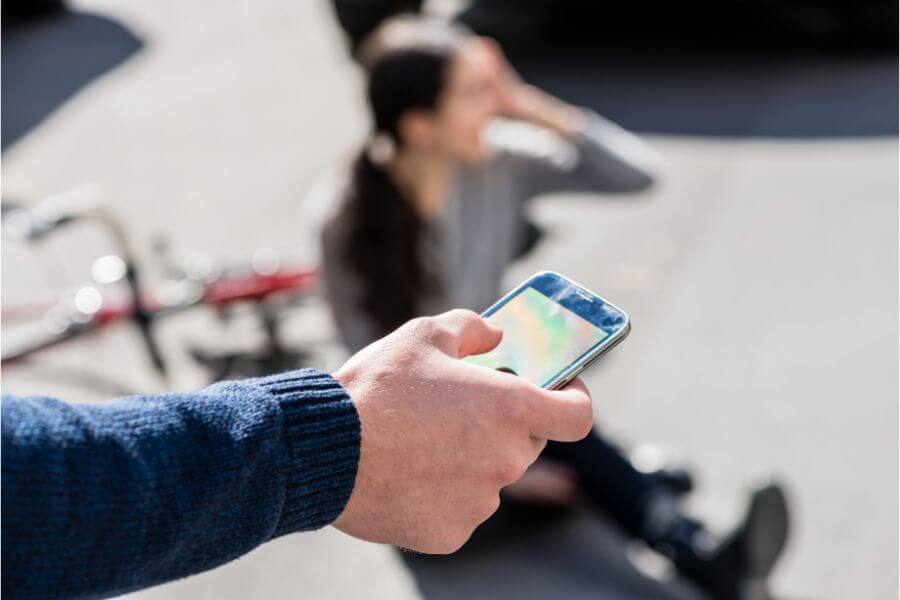 If you are injured, stay put until help arrives. Do not leave the scene of the accident. Wait for emergency responders to arrive at the scene so you can be taken care of.

If necessary, seek immediate medical attention for injuries sustained in the accident. Any personal injury sustained after a Florida bicycle accident must be treated immediately to avoid further complications.

Take pictures of the scene of the accident as well as damage to your bike and your injuries. Secure a copy of the police report and other documents related to the accident. Also, be sure to obtain the contact information of any witnesses.

If you don’t have auto insurance, you can submit a claim under the wrongdoer’s auto insurance policy after a bike accident as the injured victim. Nevertheless, should the driver involved lack such coverage, filing for personal injury compensation may be necessary for you to receive recompense for severe injuries, lost wages, or any damage incurred.

It is best to consult an experienced lawyer on personal injury cases. The lawyers from Jared Spingarn’s firm will guide you through Hollywood, FL’s complex legal code of laws. With their help, victims of Florida bike crashes will stand a better chance of receiving fairer compensation for their damages from the negligent driver. Additionally, a lawyer can take care of the complicated legal proceedings that may be required.

Bicycle accident laws in Florida state that a bicycle rider has the same legal rights and responsibilities as other motorists on the road. But despite equal rights, bicycle riders are still at risk of serious injuries after an accident. Consulting with a knowledgeable personal injury attorney can help your case whether you are a cyclist or a motor vehicle driver. Jared Spingarn in Hollywood, FL, is prepared to take your bicycle accident case.

If you’re involved in a bicycle accident in Florida, don’t hesitate to reach out to Jared Spingarn, Accident Attorney, at 1-954-781-2316 for a Free Case Review or drop a message on their Contact Us page.