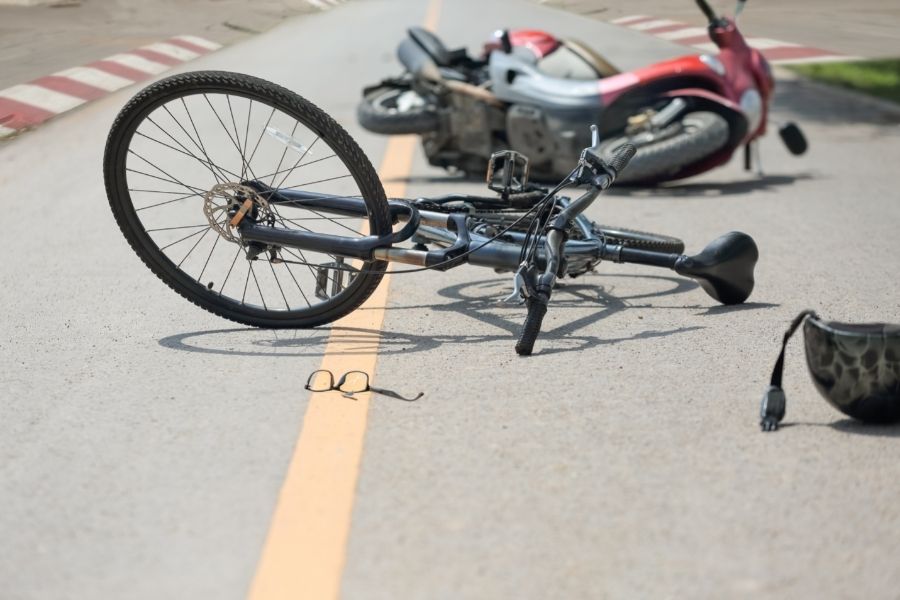 If you are a Florida cyclist, then you know that cycling can be a great way to get around the state. You also know how common bicycle accidents can be. It is important to be aware of the common causes of bicycle accidents in Florida as these accidents can often lead to serious injuries. Knowing what to look out for can help you stay safe on the road.

This article will discuss some of the most common liability issues associated with bicycle accidents and what you can do to protect yourself if you are injured in one. It is recommended that you hire Jared Spingarn, P.A., a bike accident attorney who can help ensure that you get the compensation you deserve after the accident.

Florida bicycle accidents occurred most often in Miami-Dade County which had a total of 757 bike accidents in 2020. In the same year, Broward County recorded 602 bicycle crashes. Broward County is home to the famous coastal city of Fort Lauderdale. Many locals and tourists travel to Broward County yearly to see the sights and experience the culture of the place.

Palm Beach County is also among the top counties where a Florida bicycle accident occurred in 2020. Home to the popular West Palm Beach, the county recorded 373 cycling accidents.

What are the main causes of bicycle injuries?

Bicycling accidents can result in several common bicycle injuries. When Florida cyclists collide with a much larger vehicle, the bike riders will often receive the brunt of the impact.

There are many factors that can cause a bike accident to occur, resulting in personal injury to the cyclists involved, and in some cases, to the car driver as well. The following are the common causes of bicycle accidents in Florida. 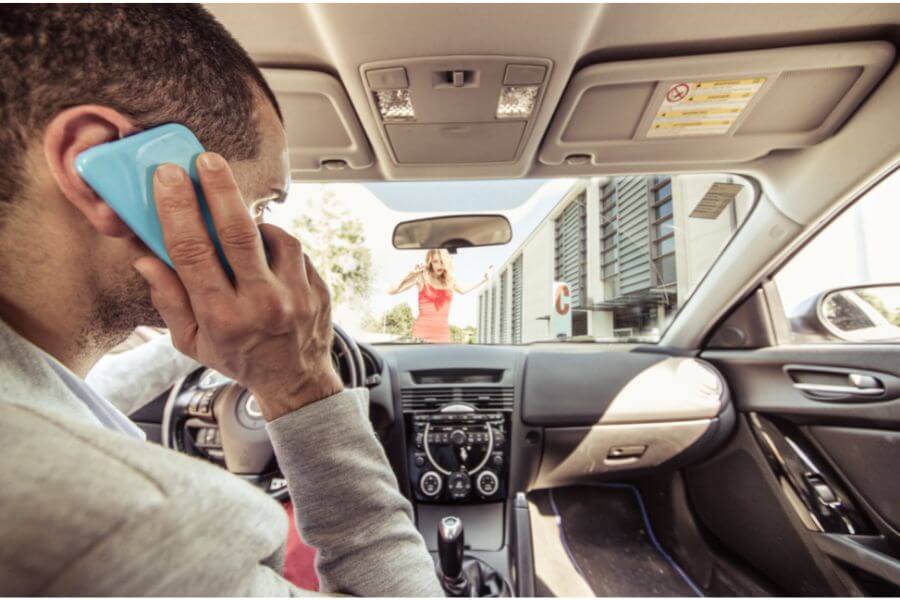 Distracted driving is one of the most common causes of bicycle accidents in Florida. This happens when Florida cyclists are hit by a driver who exhibits negligent behavior while driving.

Many factors can cause a driver to resort to careless driving. Distracted drivers may be texting while driving, looking somewhere else, changing the radio station on their car, and so on. These things can cause the driver to lose focus on the road leading to a bike accident.

Failure to Yield Right of Way

Bike accidents often occur due to a failure to yield right of way, whether on the part of the bicycle riders or the motorists. Motorists must be aware of bicyclists sharing the road with them. Without this awareness, a bicycle accident will likely occur.

Failure to yield right of way happens when other vehicles turn carelessly without checking for oncoming Florida bicyclists. It can also happen when the driver ignores a stop sign and continues through an intersection even if a bicycle rider already has the right of way.

Maneuvering the Vehicle Off-Lane or Off-Road

Another cause of common bicycle injuries is maneuvering off-lane or off-road. In this type of bicycle accident, drivers suddenly swerve to change lanes which causes them to hit Florida bicyclists.

Another instance is when drivers maneuver their vehicle onto the bike lane to get ahead of traffic. In the case of the bicycle rider, a bike accident can also occur if the bicyclist suddenly swerves into a different lane or rides in the opposite direction on the main road.

Bike accidents also happen on narrow roads. Passengers who suddenly open the car door of a parked car may hit oncoming cyclists, causing personal injury. Dooring often occurs on a side street or open parking lot where passengers alight their vehicles without checking.

Motorists failing to follow traffic signs can cause bike crashes to occur. Failure to abide by stop signs, running a red light, crossing on pedestrian lanes, and driving in the wrong direction all increase the risk of a bike accident.

Even if cyclists are riding on the designated bicycle lanes, poor weather conditions can affect the visibility of the motorists causing them to accidentally collide with the cyclists. Bike crashes can occur during poor conditions such as rain or fog. Cyclists who ride at night without reflective gear or tail lights are more prone to sustain injuries from a bike accident.

What are the common injuries after a bicycle accident?

A bike accident is likely to cause several injuries ranging from minor to severe. The worst injury will result in bicycle fatalities. In a Florida bicycle accident, the most common injuries are as follows. 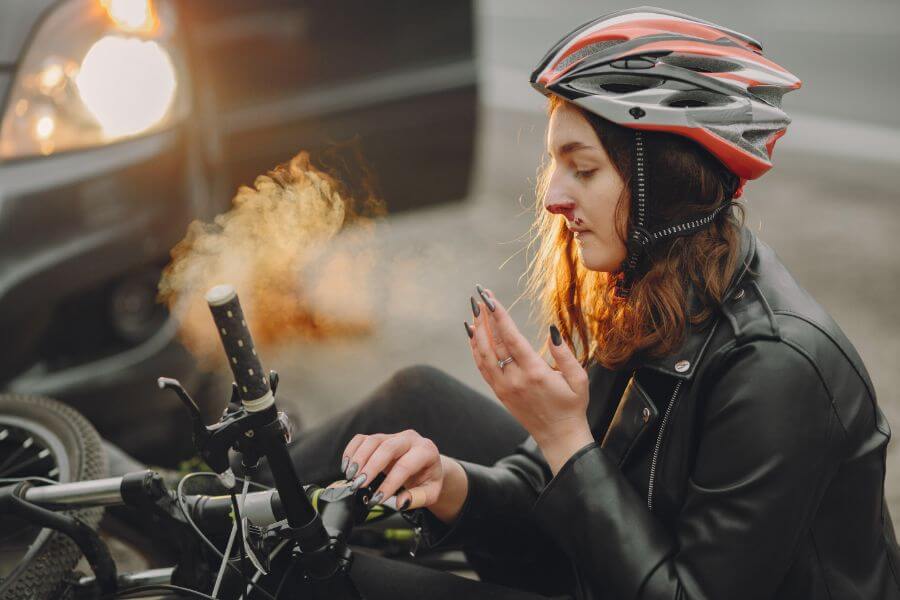 What are the common liability issues after a bicycle accident?

In a car accident involving a bicycle, you have the option to file a personal injury claim or a lawsuit, especially if you sustained injuries due to the crash. The law firm of Jared Spingarn, P.A. can give you a free case review to discuss the liability issues that arise from your case. They have experienced bicycle accident attorneys who can advise you on the legal action to take. 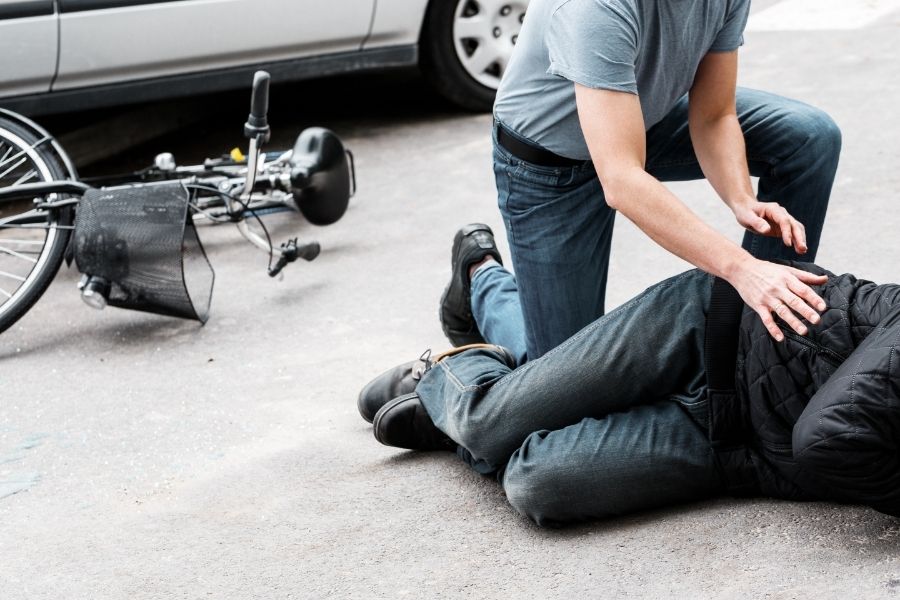 Florida is a no-fault state. This means that the drivers involved in the accident are required to file a claim with their insurance company, regardless of who caused the accident.

Motor vehicle drivers in Florida are required to carry personal injury protection (PIP) and property damage liability (PDL) insurance. This means that in case of an accident, their medical expenses and lost wages will be covered.

If you are both a car owner and a cyclist, your PIP coverage will travel with you when you are riding a bike. If you damage the property of others, your PDL coverage should help pay for the damages. The amount of coverage will depend on the insurance policy that you have but companies are required to cover up to 80% of the bills. Generally, this type of coverage will cover $10,000 each for PIP and PDL.

If you don’t have any PIP coverage, you can file a claim with the insurance company of the motor vehicle driver that hit you if they have bodily injury liability (BIL) coverage. If they don’t have the said coverage, you can file a bodily injury lawsuit. Your bicycle accident attorney from Jared Spingarn P.A. Accident Attorneys should be able to advise you on the legal options available for your case.

When filing a lawsuit for bodily injury, your bicycle accident attorney will have to establish that the other driver’s negligence caused the injuries, by proving the following:

Also, to qualify for a bodily injury lawsuit, your injuries must classify as severe injuries:

To prove that you sustained severe injuries, you must present a copy of your medical reports, treatments, prescriptions, a statement from a medical professional, witness statements, and a record of how the injury has affected your daily life.

In Florida, there is a Statute of Limitations for filing a lawsuit. This means that there is a maximum amount of time that you must follow if you want to file your case. For accidents involving negligence, such as bicycle accidents, you have four years after the accident to file a lawsuit. If you go beyond this period, the court handling your case will probably dismiss it.

If you proceed with a lawsuit, you must be aware of the Comparative Negligence Rule in Florida. This means that the court will award you damages based on your percentage of fault in the case. For instance, a motorist hit you while you were turning right, but it was found that you swerved towards his lane while doing so. You may be found to be 50% at fault, meaning the damages to be awarded to you will be reduced by 50% as well.

Filing a Lawsuit against Government Entities

Filing a lawsuit against government entities has a different statute of limitations, but the legal procedure is generally the same. If your bike accident involved a collision with a state-owned motor vehicle, you must notify the other party within three years of the accident. If a Federal vehicle such as a United States Postal truck hit you, you have two years to file the proper forms under the Federal Tort Claims Act.

There are several common causes of bicycle accidents in Florida. In some instances, the injury is not immediately apparent right after the bike crash. Cyclists may seem fine right after the crash but will suddenly feel the impact of the accident a few days after. This is why it is advised to immediately get a free consultation from Jared Spingarn, P.A. so you can get the proper advice on the steps you can take after an accident.

>> If you’re involved in a bike accident in Florida, don’t hesitate to reach out to Jared Spingarn, Accident Attorney at 1-954-781-2316 or drop a message on their Contact Us page.