DUI Law: Do Drunk Driving Laws Reduce Accidents In The US?

Home » DUI Law: Do Drunk Driving Laws Reduce Accidents In The US? 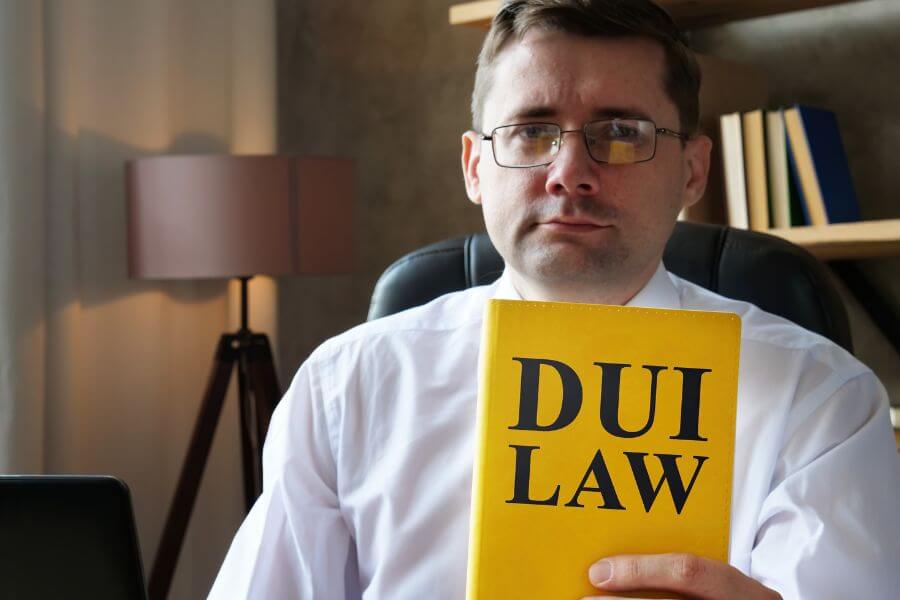 There is no doubt that driving under the influence (DUI) of alcohol is a dangerous activity. Every year, thousands of people are killed in alcohol-impaired driving crashes. In an effort to reduce these numbers, many states have enacted tough drunk driving laws. But do these laws actually work? Do drunk driving laws reduce accidents in the US? This article will explore this question in more detail.

It is important to note that drunk driving laws exist for a reason. While they aim to reduce the number of drunk drivers on the road and discourage those with blood alcohol concentration levels beyond the legal limits from drinking and driving, they are not the end-all solution. Many alcohol-related traffic fatalities still happen, which is why if you are ever involved in a car accident with drunk drivers, it is best to have a drunk driving accident attorney by your side. In Florida, the Law Offices of Jared Spingarn can help you if you are ever in this situation. Jared can advise you on your legal rights and options and ensure that you get the compensation that you deserve.

Who are considered drunk drivers?

Drunk drivers are those who have a blood alcohol concentration (BAC) of 0.08 g/dL or higher, as measured by a breathalyzer test. Many drunk driving traffic crashes can occur when a driver exceeds the legal limit. But in fact, most drunk driving deaths recorded by the National Highway Traffic Safety Administration (NHTSA) involve drivers with a BAC far exceeding the legal limit.

How does alcohol affect drivers?

Alcohol affects a driver’s judgment, coordination, reaction time, and decision-making ability. This can lead to impaired driving and increase the risk of an accident. When a person is drunk, they do not think clearly or safely – their decision-making skills are drastically reduced. This is why even with drunk driving laws and alcohol policies in place, drunk driving remains to be a significant problem in the country, and many motor vehicle crashes involving drunk driving still occur daily.

What laws are in place to prevent drinking and driving?

In the US, the legal blood alcohol limits vary by state. Generally, it is illegal to get behind the wheel if you have a blood alcohol concentration level of 0.08% and above. However, in some states like Utah, the blood alcohol limits are set at 0.05%. Across the country, there are varying punishments for those caught driving under the influence.

Aside from DUI laws, a zero-tolerance law is also in place to reduce the number of alcohol-related crash fatalities involving those below the minimum legal drinking age. In the US, you can only consume alcoholic beverages once you are 21 years of age. Thus, these laws are designed to make it illegal for anyone below the legal drinking age to drink and drive.

Despite the laws in place, do drunk driving laws reduce accidents? This is a difficult question to answer. Studies have shown that states with stricter DUI regulations do tend to have lower rates of alcohol-related fatal crashes than those without regulations in place. There also appears to be a correlation between an increase in drunk driving laws and a decrease in fatalities.

There is considerable evidence that suggests that DUI laws do have an effect on the number of alcohol-impaired driving fatalities in the US. According to a study conducted by the National Highway Traffic Safety Administration, states with tougher DUI laws have seen a reduction in crashes and fatalities involving drunk drivers.

For instance, Utah’s legal blood alcohol limits were only reduced in 2018 – from 0.08% to 0.05%. The NHTSA reported that the rate of crash fatalities was reduced by 18.3% in 2019, while the number of fatal traffic crashes also reduced by 19.8% after the law was passed. During the same period, the national average of fatal crashes involving drunk driving increased by an estimated 5%. 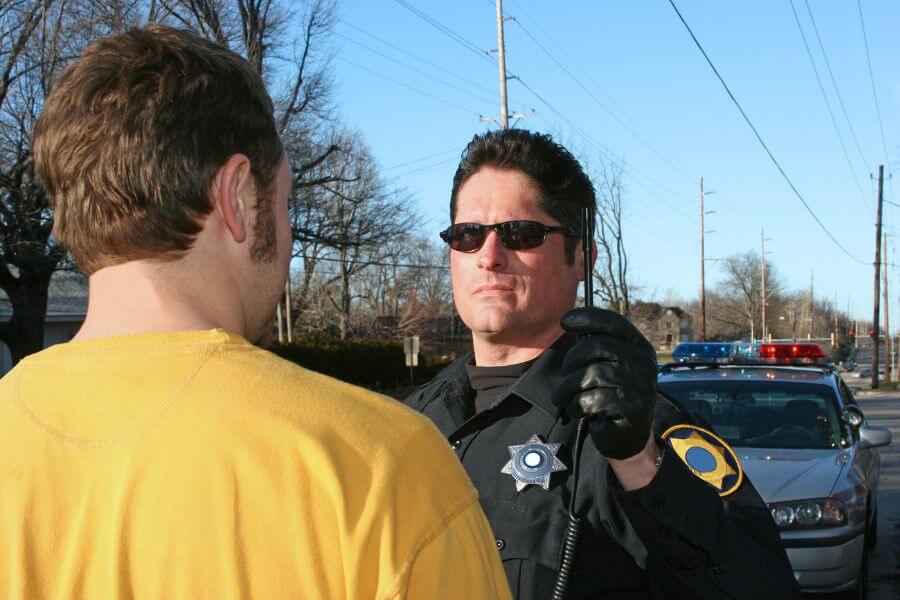 The Argument Against Drunk Driving Laws

The reduced number of drunk driving deaths in Utah is a good example of the positive effects of alcohol policies. However, there are also valid arguments to consider regarding the effectiveness of DUI laws.

There is no one-size-fits-all solution for alcohol-related crash fatalities. Different states have varying levels of alcohol consumption and alcohol abuse, and policies that do not necessarily work in other areas or countries. Furthermore, increased penalties do not necessarily equate to a decrease in alcohol-related fatal crashes, as many of these car accidents occur even with harsher punishments in place.

In addition, some drivers may still be able to drive under the influence even with low blood alcohol levels. This is due to a high alcohol tolerance in certain individuals, where they can maintain motor skills and do not experience the exact effects of intoxication as someone with a lower alcohol tolerance level.

This affects the number of motor vehicle crash deaths that are alcohol-related because law enforcement officers are too focused on apprehending people who are above the BAC limit. So instead of focusing on those exhibiting severe symptoms of reckless and impaired driving, law enforcement officers are preoccupied with implementing sobriety checkpoints and breathalyzer tests.

Additionally, stricter DUI laws and alcohol policies do not necessarily target repeat offenders or those with prior convictions. Studies have shown that most people caught driving above the BAC limit only do so once or twice before changing their behavior, and these individuals do not typically require much deterrence to alter their decision-making skills.

It is also important to consider the cost of drunk driving laws. Many states have implemented a costly alcohol ignition interlock device, which requires a breath test before a car will start and does not allow it to start if the driver has a blood alcohol concentration (BAC) above the legal limit. These systems can be expensive and may not always do enough to reduce the risk of an alcohol-related crash.

Factors Affecting the Number of Alcohol-Related Crashes in the US

There are also other factors at play regarding drunk driving accidents. Factors such as the age of drivers, the types of roads traveled on, and the time of day can all influence how likely someone is to be involved in an alcohol-related crash. Some common factors that affect the number of crash fatalities include the following:

Studies have shown that states with stricter laws do see an overall decrease in alcohol-related accident rates. This is particularly true for states with zero-tolerance alcohol policies or mandatory minimum sentencing requirements for DUI offenses. However, drunk drivers are still a major factor in many accidents, so the effectiveness of these laws can be limited.

In addition to laws, increased education can also play a role in reducing the number of alcohol-impaired drivers on the road. Many states have implemented programs to educate people about the dangers of drinking and driving, as well as teach them how to make better decisions when it comes to getting behind the wheel after consuming alcohol.

When people understand the dangers of drinking and driving, they are less likely to do it. Education campaigns, like those conducted by Mothers Against Drunk Driving (MADD), have been effective in raising awareness of the risks associated with alcohol-impaired driving.

Strict laws do not do much good if they are not properly enforced. Fortunately, many states are now investing in sobriety checkpoints, as well as enhanced enforcement of drunk driving laws. This increased enforcement has been credited with reducing the number of alcohol-related accidents in many states. However, this strict enforcement must be done with good judgment to ensure that law enforcement officers are focusing on lowering the number of crash fatalities, and not just tallying many apprehensions per day. 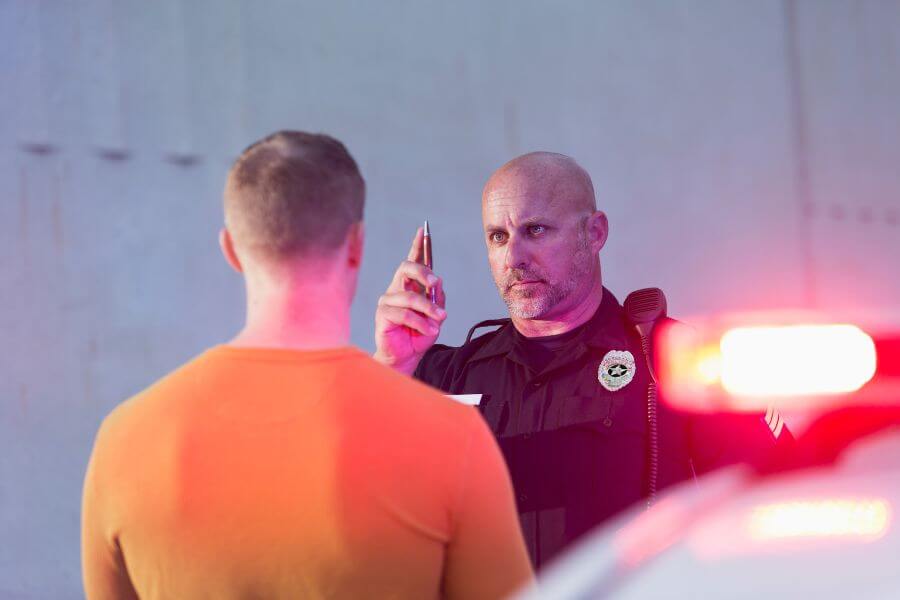 Strict enforcement of existing laws is one crucial factor. When police officers consistently patrol areas known for drunk driving and aggressively ticket those who violate drunk driving laws, the number of alcohol-related crashes can decline.

Demographics of the Drunk Driver

As mentioned, the age of the driver, as well as their gender and race, greatly influence whether they will be involved in an alcohol-related accident. According to the NHTSA, young and middle-aged adults are more likely to be involved in these accidents than other demographics. Also, underage drinking by young drivers can be a major contributing factor to alcohol-related crashes.

Why do I need an attorney after an alcohol-related crash?

If you have been involved in an alcohol-related crash, it is important to speak with an experienced DUI attorney who can help protect your rights. An experienced lawyer can review the facts of your case and work to achieve the best possible outcome for you. They can also advise you on potential consequences, including jail time, fines, and license suspension or revocation. Get in touch with Jared for a free consultation today.

While some states have seen a decrease in alcohol-related accidents due to harsher laws and increased enforcement, there is still much work to be done. If you have been involved in an alcohol-related crash, do not hesitate to seek legal advice from a qualified DUI attorney from the law firm of Jared Spingarn, P.A.

>> If you’re involved in a drunk driving accident in Florida, don’t hesitate to reach out to Jared Spingarn, Accident Attorney, at 1-954-781-2316 for a Free Case Review or drop a message on their Contact Us page.