Does Florida Have The Most Bicycle Fatalities From Vehicle Crashes?- Bicycle Accident Statistics In The US

Home » Does Florida Have The Most Bicycle Fatalities From Vehicle Crashes?- Bicycle Accident Statistics In The US 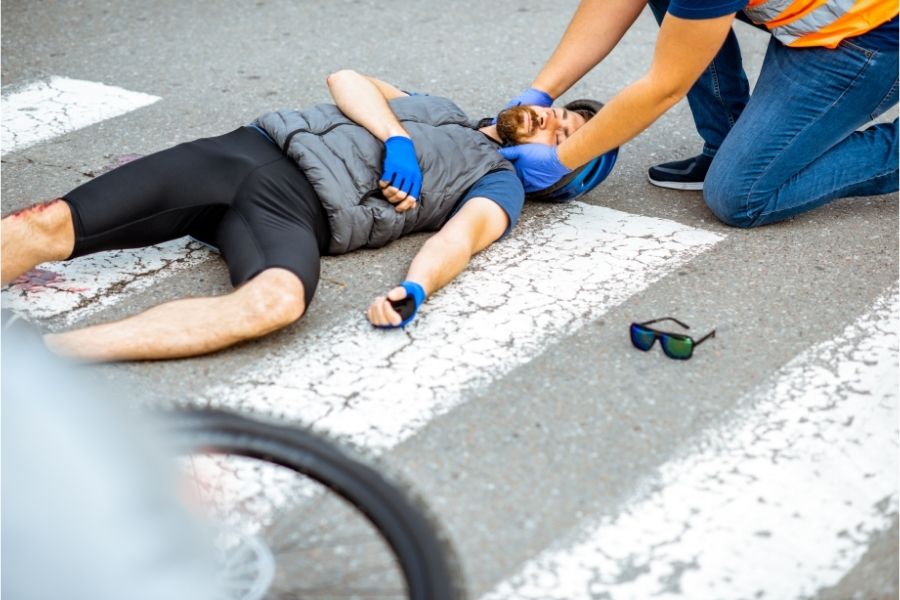 Bicycles are a popular mode of transportation, especially in states like Florida which have a lot of sunshine and flat terrain. While bicycling is a great way to get around, there is still the possibility of Florida bicyclists getting into cycling accidents. Does Florida have the most bicycle fatalities from vehicle crashes? According to the latest car and bicycle accident statistics from the U.S. Department of Transportation’s National Highway Traffic Safety Administration (NHTSA, 2019), Florida ranks number one in the country in the number of bicycle deaths from vehicle crashes with 161.

If you are involved in a bike crash, it is important to know your rights. You may have a legal claim against the driver that hit you, or you may need to reach a settlement with the other party if you were also at fault. It is best to hire an experienced bike accident attorney from the law firm of Jared Spingarn P.A. who can give you sound legal advice if you get into a bike accident.

Bicycle Accident Statistics in the U.S.

The latest statistics from the NHTSA show that in 2019, an estimated 49,000 bicycle crashes occurred that resulted in injuries. Of this total, 846 resulted in bicyclist deaths in the entire country.

Furthermore, these bicycle and car accident statistics show that 96% of fatal bicycle accidents happened due to a single-vehicle collision with a motorist. The data showed that most bicycle deaths happened upon impact with a motor vehicle. Additionally, most fatal bicycle crashes occurred when bicyclists were hit by the front of a vehicle.

In fatal bicycle accidents with bigger vehicles such as large trucks and buses, the most common point of impact was on the right side of the vehicle. This type of bicycle crash accounted for an estimated 20% of all bicycle accident fatalities. 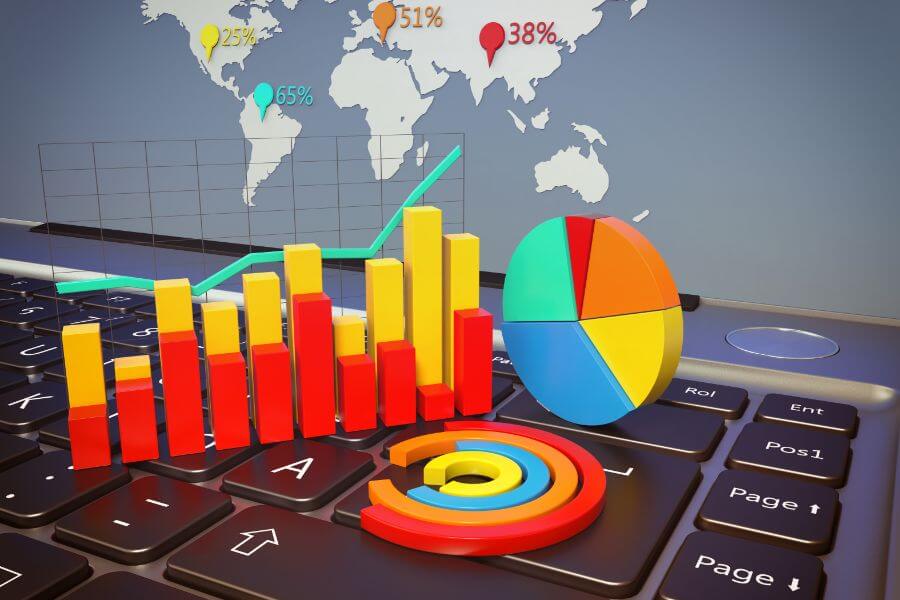 When considering fatal bicycle accident statistics by state, Florida cyclists get into fatal crashes at a rate of 0.75 per 100,000 resident population. This number is above the national average of 0.26.

Delaware is the next state with the highest rate of fatal bike accidents, with 0.72 bicyclists killed per 100,000 resident population. The number of cyclists involved in fatal bicycle accidents was highest in Florida with 161, followed by California with 133, and Texas with 66.

In contrast, the State of Nebraska recorded the lowest rate of fatal bike crashes at only 0.05 per 100,000 resident population. Nebraska had only one fatal bicycle accident in 2019. There were also several states that had zero fatalities from bicycle accidents – New Hampshire, Rhode Island, Vermont, and Wyoming.

Does Florida have the most bicycle fatalities from vehicle crashes? The statistics show that more cyclists are involved in deadly crashes in Florida compared to any other state.

Bicycle accidents in Florida resulted in 169 fatalities in 2020. This number increased from the previous year. Of this number, 141 cyclists were not wearing any type of safety equipment while riding. But 22 cyclists were found to be wearing bike helmets when the crash occurred.

The worst thing that can happen is getting into a fatal bike accident, in which case the immediate family members or relatives of the deceased can file a wrongful death claim against the negligent party. In this case, it is best to get a free consultation with the Law Offices of Jared Spingarn, P.A. Accident Attorneys. The attorneys in the firm can expertly handle your case. 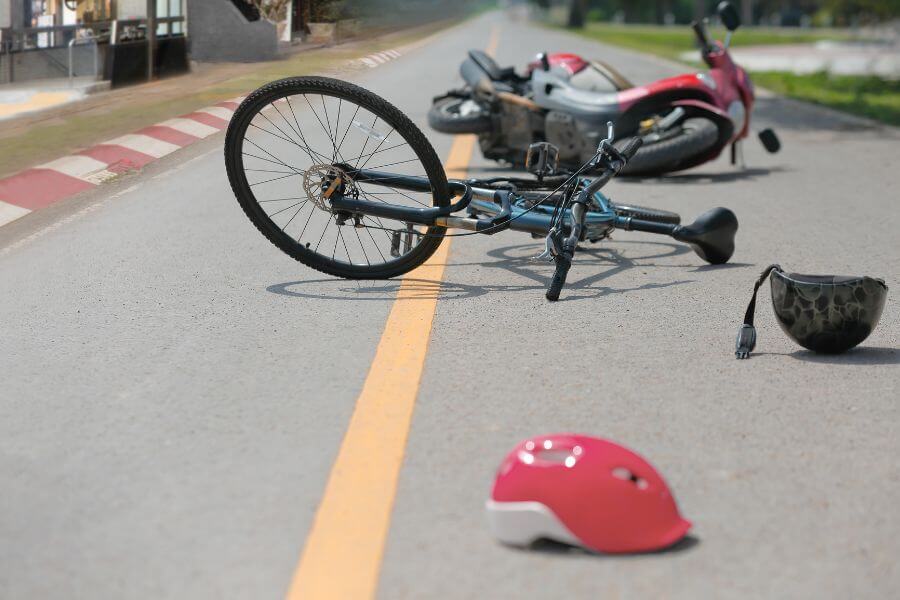 The statistics from the FLHSMV show that the following factors caused the highest number of fatal traffic accidents in Florida:

In crashes that resulted in incapacitating injuries, the statistics show the following causes:

Where do most bicycle crashes occur?

In Florida, bicycle riders get into accidents more often in the following counties:

At what time of day do bicycle accidents occur?

In Florida, a bicycle accident that results in injury most often occurs during the following days and times:

Common Injuries after a Bicycle Accident

When out on a bike ride, you are at risk of getting into an accident and sustaining injuries that range from minor to severe. The following are the most common injuries a biker can sustain while out on a ride.

What should I do if I get into a bicycle accident?

A bicycle accident can happen at any time when you are out riding your bike. Even if you follow the road rules, out-of-control cars or cars driven by negligent drivers can hit you and cause personal injury. In the event of a crash, it is important to know the steps you should take to make sure you are protected in the aftermath.

Most vehicle accidents happen due to negligence. If you sustained injuries from a crash, you can file a personal injury claim or a lawsuit against the driver at fault. In these cases, you must have a personal injury attorney from the law firm of Jared Spingarn P.A. by your side who can help you every step of the way. 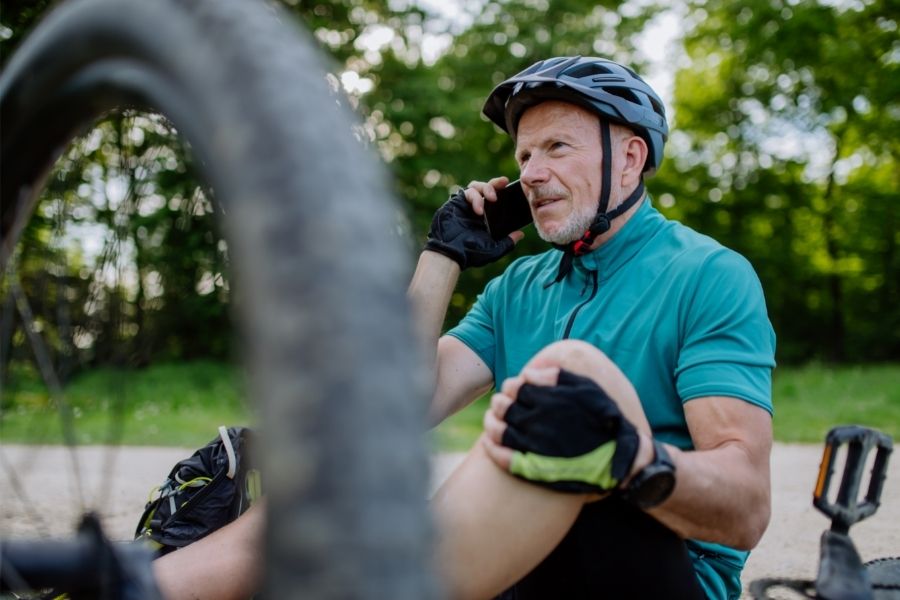 Here is a list of the things you should do immediately after a bicycle accident.

Sharing the Road: Responsibilities of Florida Bicyclists and Motorists

Drivers often fail to notice bicyclists sharing the road with their vehicles. However, in Florida, both bicycle riders and motorists have the same rights and responsibilities on the road and are held accountable as such.

A cyclist in Florida is also considered a driver. This means that even when riding a bike, you should follow the road rules. This includes riding a bike on the roadway in the same direction as motor vehicles, riding a bike on designated bicycle lanes if present, and following all traffic signs accordingly.

Likewise, a driver of a motor vehicle must be aware that cyclists have the right to use the roadways. Thus, motorists should not tailgate cyclists, cut into their lanes, or carelessly overtake a bicycle rider.

Does Florida have the most bicycle fatalities from vehicle crashes? Per the 2019 data from the NHTSA, yes it does. If you are involved in a bicycle accident, it is best to have a knowledgeable bike accident attorney to help you with the correct course of action to take. Be sure to get in touch with the law firm of Jared Spingarn P.A. for your legal representation. They can offer a free case evaluation to help you decide on the legal steps you can take after the accident.

>> If you’re involved in a bike accident in Florida, don’t hesitate to reach out to Jared Spingarn, Accident Attorney at 1-954-781-2316 or drop a message on their Contact Us page.