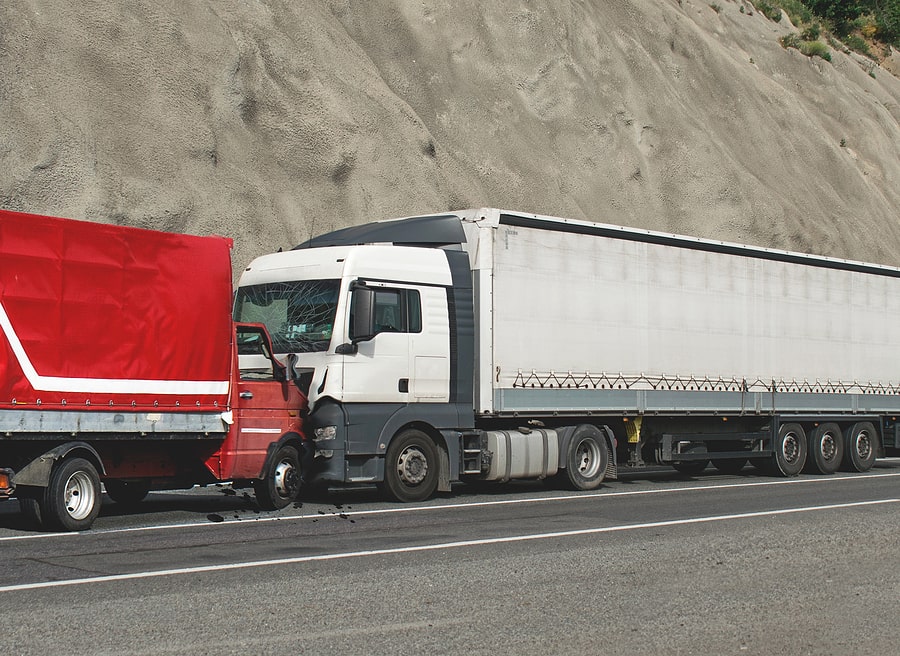 The U.S. economy is dependent on the ability to move products from one area of the country to another. Commercial trucks, also known as semi-trucks or tractor-trailers, transport most of these products.

Unfortunately, the drivers of these trucks can sometimes be involved in accidents, and-due to the size discrepancy between most vehicles traveling on the road and commercial trucks-it is the occupants of other vehicles who are most often injured or killed. This is especially true in head-on truck collisions.

If you have been injured or have lost a loved one due to a head-on truck collision that a negligent driver caused, an experienced truck accident lawyer can provide several services to assist you in obtaining compensation for the expenses and impacts of your injury or loss.

According to the Federal Motor Carrier Safety Administration (FMCSA)-the federal agency tasked with regulating the trucking industry in the U.S.-there are around 4,000 head-on truck collisions each year, which account for about 3 percent of all accidents involving commercial trucks. While this type of accident is relatively rare, it is hazardous and often deadly.

Two accident types most often to result in fatalities are head-on collisions. The forward motion of both vehicles substantially increases the force of the crash, and truck accidents, in which the truck is a lot larger than the other vehicles involved in the accident.

Head-on collisions occur when the front of one vehicle collides with the front of another vehicle. While only accounting for a relatively small number of accidents, head-on collisions account for around 57 percent of all fatalities related to motor vehicle accidents due to the increased force of the crash caused by the forward motion of each vehicle.

Because they weigh 20-30 times more than the average passenger vehicle, commercial trucks are massive vehicles with several associated issues with maneuverability, such as:

The Most Common Causes of Head-On Truck Collisions

Head-on truck collisions often occur as a result of these issues:

If you have suffered an injury or have lost a loved one due to a head-on truck collision that was caused by someone else’s carelessness, you can seek compensation for the expenses and quality-of-life impacts incurred by the crash. The process for doing so is called the personal injury claims process.

Some of the most severe injuries imaginable can occur in a head-on truck collision, including brain or spinal cord injuries. These injuries are often called catastrophic injuries due to their likelihood of producing permanent disabilities that impair the sufferer’s ability to earn an income. While the injuries to these two organs-which make up the body’s central nervous system-are most commonly associated with catastrophic injury claims, the term describes other types of debilitating injuries that will impact the sufferer’s future earning capacity.

Catastrophic injury claims follow the same personal injury claims process as other injuries do. However, these claims often feature a higher level of compensation to account for the loss of earning capacity and the inability to accomplish personal care tasks independently.

In addition to lost earning capacity, the type of compensation one can seek through a catastrophic injury claim include:

When someone is killed due to a head-on truck collision caused by someone else’s negligence, the family members of the deceased can seek compensation for the expenses and impacts of their loss.

Wrongful death claims follow the same process as personal injury claims and provide an avenue to seek compensation for:

To have a successful outcome to your head-on truck accident claim, you must be able to prove that someone else caused the accident.

The potential sources of liability in a truck accident include:

Your attorney will carefully investigate the details of your claim to ensure that all sources of liability are identified, along with all associated insurance resources to compensate you.

To prove liability, you must show:

Let an Attorney Help With Your Head-On Truck Collision Claim

Head-on truck collisions are a combination of two of the most deadly types of motor vehicle accidents to occur on the roadway. These are generally high-valued claims featuring complex evidence. Let a truck accident lawyer help you understand the personal injury or wrongful death claims process and inform you of the services they can provide to assist with your claim.