How to Tell Who Is at Fault in a Car Accident 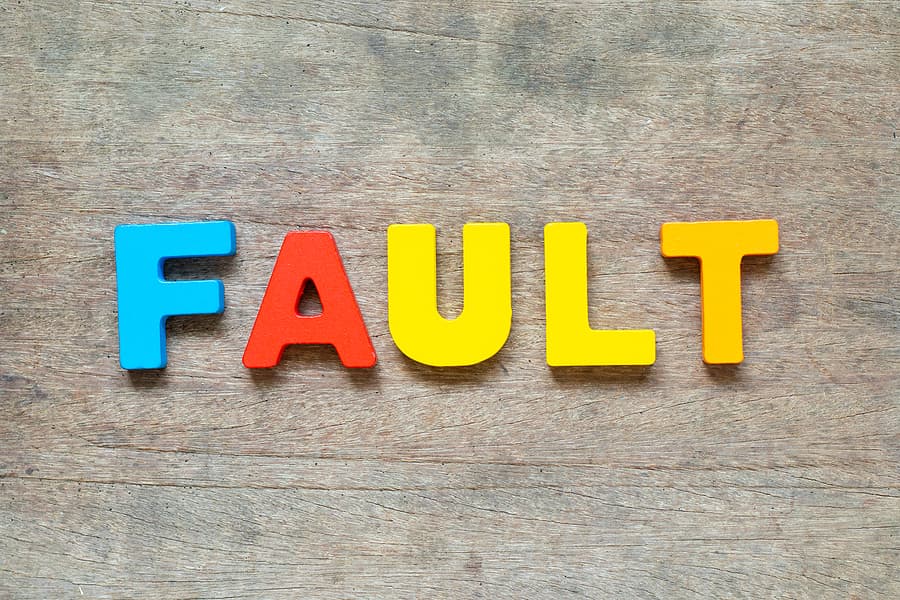 Identifying the at-fault party or parties is crucial whenever a car accident happens. In at-fault states, the liable party or, in most cases, their insurer, is responsible for the injuries and losses sustained from the accident. While no-fault states allow each motorist (and their passengers) to recover the costs for their medical expenses from their respective insurer, at the end of the day, the insurer recovers their funds from the at-fault driver’s insurance company; a process known as subrogation.

In multiple-party accidents, it’s not unusual for drivers to point fingers at each other. Rarely will an at-fault driver admit responsibility, and even those who do so, do it out of ignorance or amid confusion, which they regret later. Accepting fault, even in the most innocent way, such as apologizing to the other parties for causing the crash, can wholly shift the responsibility for the accident to that party.

But in most cases, people do not admit fault even when they know their actions contributed to the accident, such as distracted driving, or tailgating. No matter what stance at-fault parties take, there are various ways of telling who is at fault in a car accident. It can be tricky at times, especially if the drivers give conflicting reports and there’s no clear evidence or eyewitnesses to support or counter their claims. However, combining the available information can provide leads.

How to Determine Fault in a Car Accident

The insurance adjuster, your attorney, or the jury (in the rare case your claim goes to trial) may rely on different information to determine fault for the accident.

This information may include:

Cause of the Accident

Sometimes the cause of the accident may provide a direct lead into who the at-fault party was. For instance, if the accident was due to an outright violation of traffic rules such as running a stop sign or speeding, the blame for the accident heavily leans on the offending motorist.

Rarely would a driver guilty of violating traffic rules accept blame for an accident, but it does happen. For example, if the motorist ran a stop sign due to brake failure, which they had replaced recently, the manufacturer of the brakes or repair shop could be liable for the crash.

The drivers’ accident accounts help determine fault. Often, the drivers will trade blame, but by listening to their recollections of the accident, one can sometimes deduce who was at fault.

If eyewitnesses (passengers, other motorists, pedestrians, or bystanders) were present during the crash, their statements are vital in understanding how the accident happened and establishing fault. Usually, where the drivers’ recollections of the events lack some details, especially in a high-impact accident that leaves them severely injured, eyewitness accounts help fill up the missing information.

Once at the accident scene, the police compile statements from different sources (drivers, passengers, eyewitnesses), evaluate the accident scene (weather, damage on vehicles, skid marks, vehicle position), and retrieve surveillance footage if available. Then they make a report based on the collected information, adding their professional judgment on who could have caused the accident. While the police report is usually not admissible in court, it’s a crucial source of information when identifying the at-fault party or parties.

The position of the car damage also provides a good lead into who may have caused the accident. For instance, if a car is hit on the side (T-bone) by another vehicle that runs a stop sign at an intersection, determining the at-fault motorist in such an instance wouldn’t be difficult. In the same way, a car that rear-ends another ends up taking the blame in most cases, as the driver behind is expected to maintain a safe distance and pay attention when the leading motorist brakes.

Nonetheless, this doesn’t mean the motorists who cause rear-end or T-bone crashes are always to blame; the opposite is also possible.

Determining the Degree of Fault

Depending on your state, the degree of fault may affect who bears the financial responsibility for the accident. Generally, claiming damages from a car accident leans on the legal principle of negligence.

In the United States, there are four negligence rules systems:

The pure comparative negligence rule is the opposite of the contributory negligence law. If you live in a state that applies this rule, you can recover your damages even if you were 99 percent responsible for the accident. Essentially, the law allows accident victims to recover damages net of the percentage of their contribution to the accident.

In a modified comparative negligence rule state, your ability to recover is limited to a certain percentage of your fault. States that apply the 50 percent rule only allow you to recover damages if your degree of responsibility falls below 50 percent. For example, if a jury determines that you were 51 percent at fault for the accident, you are not entitled to recover any damages.

Other states that apply the modified comparative negligence rule cap the degree of contribution at 51 percent. That is, you may recover damages as long as your contribution is 51 percent or less. If your case goes to court and a jury determines that you contributed 52 percent to the accident, you would not be able to recover damages against the other driver.

You must provide evidence to support claims that someone’s actions caused the accident leading to your injuries. To establish this requires you to satisfy the four elements of negligence–duty, breach, causation, and damages–which you can only achieve by presenting proof.

Examples of evidence used to establish fault include:

Investigators may look at the car damage to establish who was at fault for the accident. For instance, if your car sustained damage at the back, you can use photos of the wreck to support claims of a rear-end collision where a trailing motorist rammed into your vehicle.

Usually, you should take photos of the car’s damage from as many angles as possible immediately after the accident. However, if you did not take pictures at the scene, it’s essential to do so before the car gets repaired.

Injuries are not just proof of an accident. Expert testimony by a doctor can also illustrate how a crash may have occurred based on the injuries you suffered. For instance, if you had a rear-end collision where you suffered whiplash or back injuries, your doctor’s testimony on how such injuries happen can provide backup to the claims.

Photos of the Scene

Photos of the accident scene–skid marks, vehicle position, road condition, weather, debris–can be beneficial in proving who caused the accident. For example, if the other driver was overtaking dangerously, leading to a head-on collision, a photo of their vehicle’s position on the wrong lane could prove their fault.

When an accident occurs within a section of the road covered with private or public surveillance cameras, retrieving the accident footage helps identify who may have caused the accident. Since camera owners may delete the footage after some time, having a lawyer comes in handy as they are careful to request preservation of the footage, which they can use later to support the claim.

Determining fault in multiple-vehicle accidents is usually complicated. Sometimes it calls for forensic analysts to determine valuable details such as the speed of the cars, the point of impact, and so forth, which ultimately helps determine who crashed into the other. Forensic experts rely on information from different sources such as medical records, eyewitness testimony, or police reports to piece together their evidence.

The specialist may reveal crucial details about the accident causes, such as hazardous road conditions, speeding, lane change errors, or visibility issues.

Mainly, insurance companies are responsible for finding fault in car accident claims. If an insurance adjuster finds you at fault for the accident and you believe their conclusions are ill-informed, or you are sure someone else caused the accident, you can always dispute their finding.

Depending on the state where you live, being found at fault could mean the difference between getting compensation for your damages and shouldering losses for all the victims. While in a no-fault state, everyone would recover damages from their insurer, in an at-fault state, you would shoulder the claims of all the parties in the crash.

If you would like to dispute an insurance adjuster’s finding of fault, you can do so by:

What if You Are Partly Liable for a Car Accident?

If you’re partly at fault for the accident, where you file the claim will depend on your state. In a no-fault state, you can claim against your personal injury protection (PIP) with your insurer no matter who caused the accident. On the other hand, in an at-fault state, you may file the claim with the other driver’s insurance company, but they would reduce your damages by the percentage of your negligence.

In the same way, you should expect action against yourself if you live in one of the states applying the comparative negligence rule.

Hiring a car accident attorney is essential, especially in a complex accident presenting potential challenges in fault finding. After getting injured in a car accident, the last thing you expect is being erroneously blamed for the crash or denied compensation altogether.

While an attorney cannot guarantee a successful compensation process, hiring one from the get-go can help safeguard your rights and build a solid case to counter any false conclusions that may play against you and deny you compensation.

Overall, once the insurance company establishes fault, an attorney can help you develop evidence, file the claim, and negotiate a fair settlement. Contact an attorney today for help with your claim.