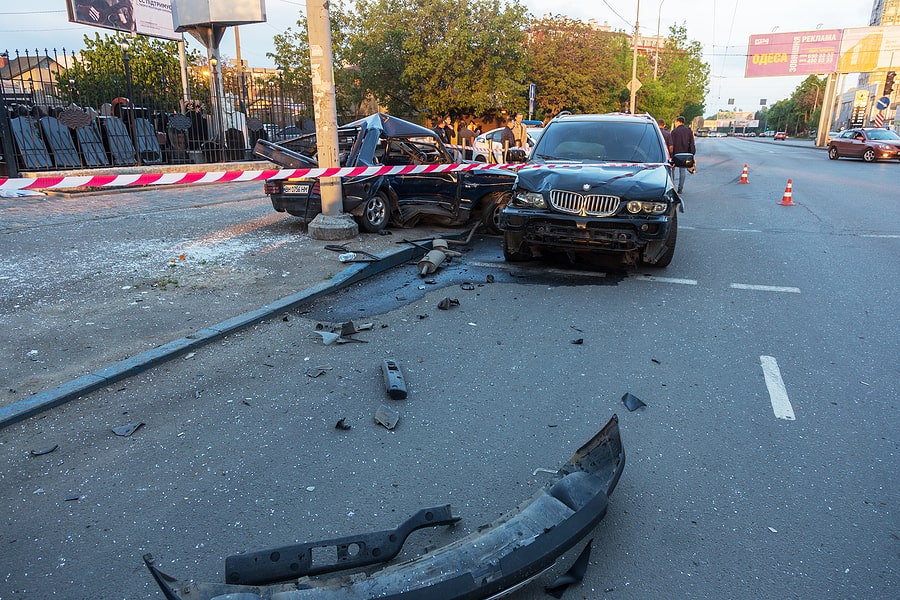 It seems whenever we turn on the news or open the newspaper, we hear about yet another car accident. While some high visibility accidents make the news, hundreds of accidents never see media coverage.

Those who travel on national roads and highways need to understand the most common causes of car accidents. This can help you gain a greater understanding of what is happening on every roadway in the state.

Common sense—that can avoid most collisions. Whenever you look at overall car accident statistics, whether on a specific state-level or across the United States, you will see disturbing trends.

Let’s discuss the most common causes of car accidents:

Today, technology makes us immediately think that people distracted behind the wheel use their cell phones or other electronic devices. However, other distractions can cause a driver to be inattentive while operating a vehicle. Regardless of what is causing the distraction, distracted driving is dangerous.

Distractions can be visual, cognitive, or audible. Any one of these can pose a danger to others sharing the road. Drivers should always know how much room they need to stop their car. This requires a driver to pay attention to what is happening around them. If you are distracted by anything, this is not possible. A driver traveling 40 miles per hour will require as much room as half a football field to stop.

Some distractions, such as texting or using a cell phone, can encompass all three distractions. While many state laws now prohibit cell phone use that is not hands-free, this does not always stop an irresponsible driver from using a device while driving. This puts others at risk of being involved in a collision because the driver will likely have their hands off the steering wheel, not be watching the road, and paying more attention to the information on their electronic device than watching the road. These distractions are dangerous.

There are other forms of distracted driving. There is little doubt you have witnessed one or more of them when driving.

Some of these include:

None of these behaviors is acceptable because they take a driver’s concentration away from where it needs to be: Focused on the road and the traffic around them. A bit of common sense can prevent these actions. Instead, this causes more accidents than nearly any other behavior.

Operating while under the influence

Most people are aware of the dangers of drunk driving. Every year across the country, people lose their lives in drunk driving accidents. In a recent year, drunk driving caused more than 10,000 fatalities. What many people do not understand is that other substances can degrade safe driving ability.

Alcohol is not the only substance that causes driver impairment. Marijuana may be legal in some states, but driving high is dangerous to others on the roadway. Prescription drugs, over-the-counter drugs, or the consumption of edibles can also cause driver impairment.

Drivers are impaired if the substance they have consumed causes:

Anyone who was in a roadway accident and believes careful driving on someone else’s part would have spared them pain and suffering needs to speak with a car accident lawyer as quickly as possible. Driving under the influence of legal and illegal substances puts everyone in jeopardy, and those who do so should be held accountable.

Long days at work, extended driving time, and lack of a good night’s sleep can contribute to drowsy driving. Unfortunately, it only takes a second for someone to drop off to sleep and cause a serious car accident. When a driver falls asleep or has trouble keeping their eyes open, can’t unfocus or react, and can seriously injure others.

People may think drowsy driving only happens at night. However, it can occur at any time. Remember, someone who has been driving for several hours can be drowsy, some people work off-hour shifts, meaning they can be coming home from work at unusual hours, and someone who has had a poor night’s sleep can be drowsy at any time. Even a trip to a shopping center or grocery store can be dangerous when someone has had insufficient amounts of sleep.

Speeding and other reckless behavior

Some people are always in a hurry. Whether they planned poorly and did not leave their house on time to make an appointment or because of impatience, speeding is common everywhere.

Drivers get frustrated when someone drives slightly below or exactly at the speed limit, and they speed up to get around them. Too often, they allow their frustration to get the best of their common sense and start speeding at unsafe levels for current road conditions. Skidding accidents, head-on accidents, and rear-end collisions can often result from speeding.

Other reckless behavior can lead to accidents:

We all expect drivers will obey speed limits, traffic signals, and road signs. Unfortunately, most of us have observed that this does not always happen. When there are traffic lights, too often, we see drivers who see a yellow caution sign, and rather than slow down, they speed up to avoid sitting at a red light. Unfortunately, this can mean they strike a pedestrian or cause a rear-end accident because the person in front of them did follow the rules of the road.

Other signs a driver may ignore:

In many cases, the root cause of an accident is that a driver simply did not use good common sense.

Every person is at risk when they share the road with someone who won’t follow the accepted rules of the road. If you lost a loved one because of another driver’s negligence, or you suffered an injury because the driver failed to exercise proper caution, seek the advice of a car accident attorney.

Remember, even when you are not at fault for an accident, dealing with insurance companies can be stressful. An attorney committed to protecting the interests of victims of auto accidents can help you understand your rights. An auto accident lawyer can also help you recover compensation for your financial losses.