What Are The Rules For Stopping For A School Bus In Florida?– Hallandale Beach Rules

Home » What Are The Rules For Stopping For A School Bus In Florida?– Hallandale Beach Rules

When you see a stopped school bus, you must stop your vehicle and wait until the bus driver signals that it is safe to proceed. You could face heavy fines and even jail time if you violate Florida’s School Bus Stop Law. This article will discuss the rules for stopping for a school bus in Florida and Hallandale Beach, what happens if you pass a stopped school bus, and the major causes of school bus accidents.

If you or your child are involved in a school bus accident, it is best to get a free consultation with a personal injury lawyer from the firm of Jared Spingarn, P.A. Jared’s team can assist you with the legal process of making a claim with your insurance company and potentially filing a lawsuit against the at-fault party.

Florida school buses have a yellow body, making them noticeable to anyone on the road. This helps drivers traveling on Florida roads to easily notice a school bus and make a proper stop when the school bus stops.

Apart from the physical appearance of a Florida school bus, the state also has a law called the School Bus Stop Law. This law is designed to protect school children who ride school buses to and from school. 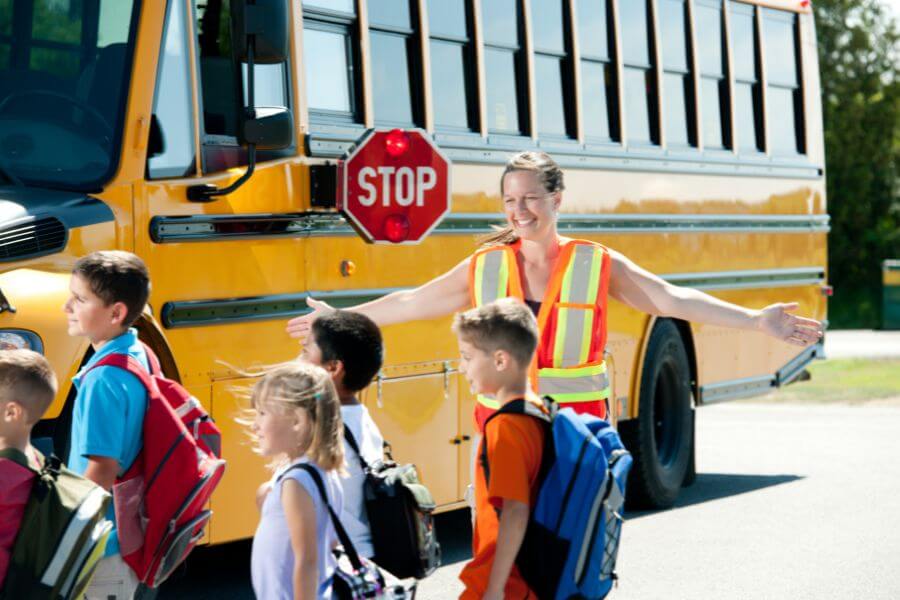 What are the rules for stopping for a school bus in Florida? Under Florida Statutes 316.172, other road users are required to stop for school buses. Hallandale Beach follows the same regulations as the state of Florida.

These buses stop at designated school bus stops and in areas within school zones. A school bus indicates that it is stopped when it activates its red flashing lights and/or puts out a school bus stop arm. Motorists who fail to stop for a school bus can face penalties depending on the nature of the violation.

If you are injured in a school bus accident or face penalties for passing a school bus in Hallandale Beach, be sure to get in touch with Jared’s team. The firm’s lawyers can provide assistance to make sure that you take the correct legal action for your case.

According to Florida’s School Bus Stop Law, school buses must stop at designated bus stops whenever possible. A Florida school bus must always safely stop at the rightmost lane of the road as long as there are no obstructions. Additionally, a Florida school bus should stop in an area that is visible to other drivers from a distance of 200 feet.

The school bus must then withdraw the stop sign and deactivate the flashing lights to indicate that the children riding the school bus have safely boarded or alighted the vehicle. This will signal other drivers that it is safe to move.

On a two-way road, all motorists must stop for a school bus displaying stop signals. This rule applies to drivers going in the same direction as the school bus as well as those driving from the opposite direction.

This two-lane rule provides ample time for school children to get on and off the bus and cross the street when necessary. Drivers are only allowed to move once the stop sign of the bus is deactivated.

A divided highway means that there is an elevated or raised barrier made of concrete in between the lanes going in the opposite direction. An unpaved median in between the two lanes, such as grass or land also counts as a division of the highway.

On roads that are not separated by a physical barrier, an unpaved space separating the lanes going in an opposite direction should be at least five feet wide to be considered a barrier. Under this rule, pavement markings or paintings on the road do not count as a raised barrier or raised median, unless five feet of space separates the painted lines.

Drivers are not required to stop for school buses on roads with a concrete divider. However, these drivers must proceed with caution, especially while children are boarding and alighting the school bus. 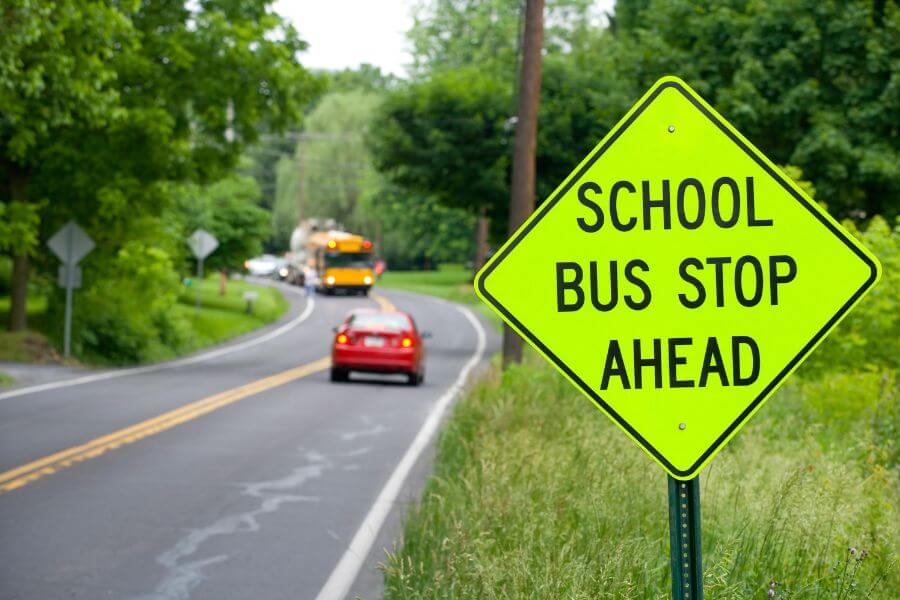 What happens if you pass a stopped school bus in Florida?

In Florida, passing a school bus that displays a stop signal has a minimum penalty of $200. A basic driver improvement course may also be required, depending on the severity of the violation. For repeat offenders who record a second offense within five years from the first offense, the minimum fine remains the same but the driver’s license can be suspended for up to one year.

Passing a School Bus on the Entry/Exit Side

Passing a school bus on the side where children enter and exit is a more dangerous offense that can lead to serious injuries. If a driver is guilty of this offense, a moving violation is cited and a court hearing may be required.

The penalty is a minimum fine of $400 on the first offense. If a second offense is committed within five years, the driver’s license can be suspended for up to two years.

Failure to stop when a school bus displays a stop sign is already a heavy offense. But if this act caused serious bodily injury or led to a fatality, the penalties are even higher.

The driver will be required to pay a $1,500 fine, attend a driver improvement course approved by the State of Florida, and render 120 hours of community service. The driver’s license will also register six points and be suspended for at least one year.

What is the major cause of school bus accidents in Florida? 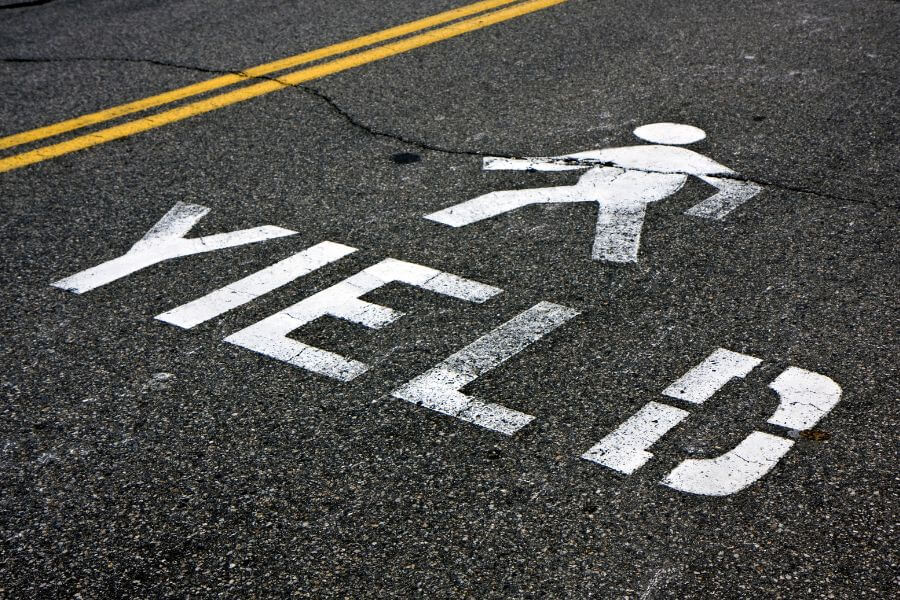 Most school bus accidents are caused by drivers who fail to yield to the buses or who pass them illegally. Other causes include drivers who are distracted or impaired, as well as pedestrians who dart out into the street without looking first.

School bus accidents can also be caused by poor weather conditions, such as heavy rain or fog, and by mechanical problems with the bus itself. But in some cases, accidents are caused by the actions of the school bus driver.

The best way to avoid being involved in a school bus accident is to follow all traffic laws and to be cautious when driving near buses. Be especially careful when passing a bus, and never try to pass one on the side where children are getting on or off. If you see a bus with its stop sign out, always come to a complete stop and wait until the sign is no longer displayed before proceeding. By following these simple rules, you can help keep Florida’s roads safe for children and other motorists.

In case you get into a school bus accident in Hallandale Beach, be sure to seek legal representation from Jared Spingarn. Jared’s team of lawyers can expertly handle any type of personal injury case including those involving school buses.

>> If you’re involved in a bus accident in Florida, don’t hesitate to reach out to Jared Spingarn, Accident Attorney at 1-954-781-2316 for a Free Case Review or drop a message on their Contact Us page.