What Is Considered Drunk Driving In Florida?– Florida DUI Law

If you’re interested in the legislation surrounding driving under the influence (DUI) in Florida law, then it’s important to understand precisely what is considered drunk driving in Florida. Knowing what is considered a DUI infraction in Florida DUI laws can protect you from harsh penalties, such as fines, incarceration, and other legal implications.

Furthermore, you will gain insight into the dire repercussions of operating a vehicle under the influence – both to yourself and other motorists on public roads. DUI accidents can cause serious bodily injury, so the best way to navigate the legal system after an accident is to consult with an experienced attorney. In Hollywood, FL, get in touch with Jared Spingarn, Accident Attorney. Jared has extensive experience handling cases involving drunk driving accidents, so you will surely be in good hands.

Despite significant efforts from law enforcement, driving under the influence is still an alarming problem in Florida. In 2020 alone, 5,642 DUI-related crashes occurred throughout the state resulting in 1,096 fatalities and 705 cases of incapacitating injury, as well as 2,745 incidents of non-incapacitating and other injuries. It is clear that laws to prohibit driving while under the influence must be immediately recognized and enforced. 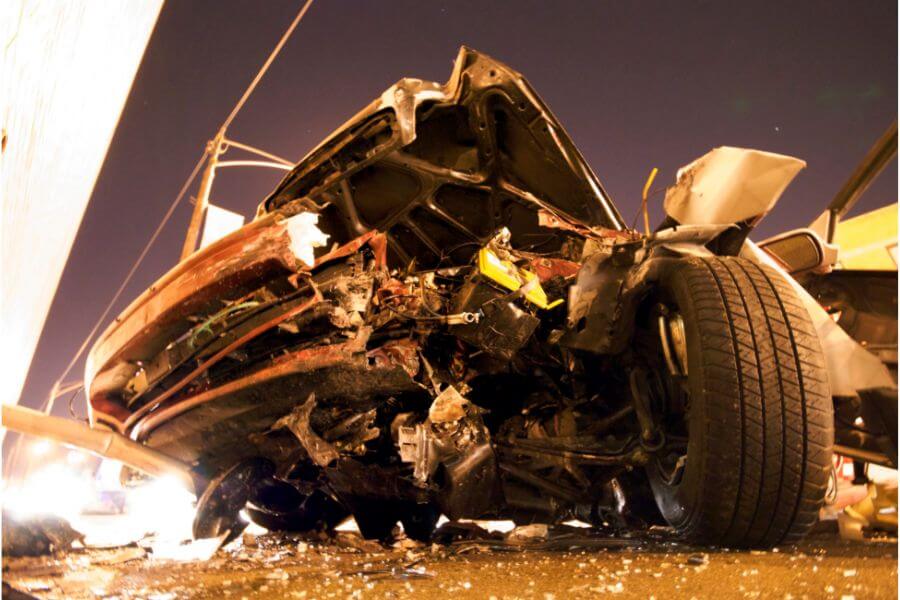 In Florida, anyone caught driving with a Blood Alcohol Concentration (BAC) of 0.08% or higher will be considered legally intoxicated and could face charges for DUI, regardless of their physical condition or behavior.

If a person is found driving with a blood alcohol level of 0.15 percent or greater, then they will face an enhanced DUI charge, and the penalties for such convictions can be significantly more severe. Plus, persons with a prior conviction may face more severe fines than those facing their first conviction.

Police officers routinely use substance abuse evaluation methods to test a driver’s sobriety and determine if they are under the influence of drugs or alcohol. By assessing the results from such tests, they can assess how impaired the driver is. 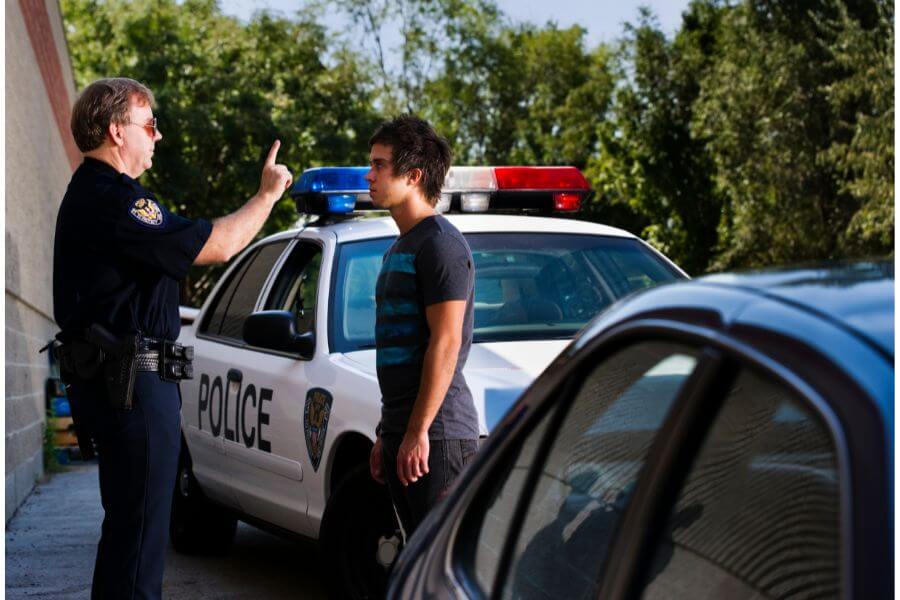 These tests involve balancing, counting, and other exercises in which impairment due to intoxication is more likely to be detected. Methods such as walking in a straight line and standing on one leg will help a law enforcement officer determine whether a person has a blood alcohol level exceeding the legal limit.

An officer may also observe physical indicators, such as slurred speech, bloodshot eyes, or the smell of alcohol on the driver’s breath, to determine if they are driving under the influence.

In some cases, police officers may also conduct a breath test, which allows them to measure the BAC and determine if it exceeds legal limits. In Florida, drivers are not allowed to refuse a breath alcohol test. This is because by operating a motor vehicle, they are already giving their consent to this type of test as long as the law enforcement officers have enough basis to conduct it.

Chemical tests such as blood and urine samples can be used to measure the blood alcohol level, drugs in a person’s system, and any other substances that could adversely affect the driver’s ability to operate a vehicle.

Legal Consequences of a DUI Conviction

Driving under the influence in Florida is no laughing matter. Under Florida law, you can be charged and get a DUI conviction if your impairment from alcohol or drugs renders you unable to operate a vehicle safely. Moreover, prior DUI convictions can also result in enhanced penalties.

Motorists convicted of a first driving offense, with no bodily injury caused, are subject to up to six months in prison and fined between $500-1000. Additionally, there may be administrative penalties, such as license suspension ranging from 180 days to one year. If physical harm is inflicted on another party, the minimum license suspension period increases to three years.

The consequences are more severe if you’re facing a DUI charge with any existing conviction. You could be incarcerated for up to nine months and must pay significant fines ranging from $1000 to $2,000.

Subsequent DUI convictions within five years of your first conviction will warrant at least a 5-year license suspension; however, if it’s been over five years since your initial offense, then you’ll only face the same amount of time as in the first incident. Despite such lengthy removal periods, hardship reinstatement is possible after one year has passed.

Third and subsequent convictions within 10 years of a prior DUI conviction will result in felony charges, leading to mandatory imprisonment of 30 days and 48 hours of confinement. Depending on the magnitude of the violation, you may be fined anywhere from $2,000 up to a maximum of $5,000. In addition, a minimum of 10 years of license revocation is expected. Nonetheless, there may be a possibility for hardship reinstatement after two years. For a third or subsequent conviction spanning more than 10 years after the prior conviction, imprisonment for up to 12 months will be administered.

A fourth or subsequent DUI will carry serious consequences, including a maximum sentence of five years in prison and fines of no less than $2,000. Furthermore, the driver’s license shall be permanently revoked with no chance for reinstatement except after an eligibility period of five years has elapsed.

If the individual is incarcerated during this time frame, then their revocation period commences from the date of release from prison. It is important to remember that the penalties listed above are based on prior convictions and may be further enhanced depending on aggravating factors such as DUI causing an injury or death, transporting a minor while under the influence, and more.

That being said, Florida DUI law is determined on a case-by-case basis. Therefore, the penalties for DUIs vary in terms of degree and severity.

How to Handle the Situation When Pulled Over Due to DUI

If you are pulled over due to suspicion of a DUI, it is best to remain calm and composed. If you are asked to take a field sobriety test or a breath test, comply with the officer’s instructions. It is also important to remember that if you are placed under arrest, you have Constitutional rights as defined by Miranda Rights. You have the right to remain silent and are not required to answer any questions without an attorney present.

It is also important to know that the police officer must have probable cause for pulling you over. This means that they must reasonably suspect you are driving while impaired. If, after the investigation, the officer determines that there is probable cause to believe that you are driving under the influence, then you will be arrested and taken into custody. At this point, it is best to cooperate with police officers, as non-compliance can lead to additional charges.

Be sure to get in touch with Jared Spingarn, P.A., immediately if you are pulled over and arrested for a DUI. Jared’s team of attorneys will help determine if the arrest was made legally and with probable cause, and can help you sort out the legal battle that will follow the arrest.

For those who have committed a DUI offense and wish to be reintegrated into society, various programs are available to deter individuals from repeating the same offense. 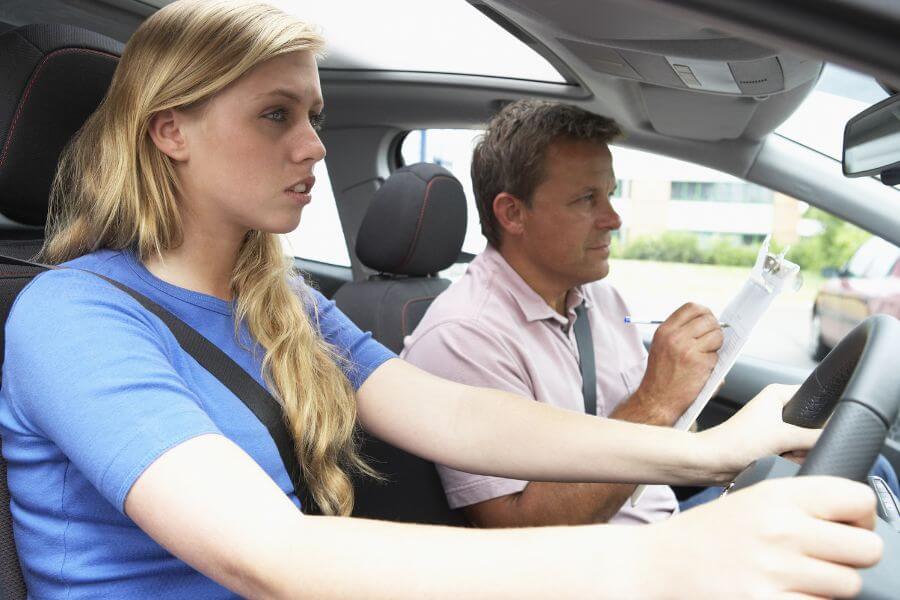 The DUI supervision program aims to provide education, counseling, and other services to help individuals maintain sobriety while driving.

A substance abuse course can range from one day to several weeks. It will provide information about the effects of alcohol on driving, legal issues related to DUIs, and tips on how to make better decisions in the future. These courses also enable individuals to analyze their drinking and driving behavior, understand the consequences of their behavior, and learn how to make better decisions.

Treatment programs are also available for individuals with substance abuse problems. These programs can help individuals address the underlying issues that lead to their DUI offense and prevent them from repeating the offense in the future.

Offenders may also be required to serve community service hours as part of their sentence for a DUI offense. This helps them acknowledge the impact of their actions on the community and demonstrate that they are taking steps toward rehabilitation.

Offenders may also be required to install an ignition interlock device on their vehicle. This device requires the driver to blow into a breathalyzer for the vehicle to start. This helps ensure that you do not get behind the wheel while impaired.

If a person meets all of the qualifications that a judge has prescribed, they may be eligible for a restricted license. This type of license allows individuals to drive for specific purposes, such as commuting to and from work or school, and only during certain hours of the day. This is an important step in reintegrating DUI offenders into society by allowing them to maintain their independence while also ensuring that they comply with the terms of their sentence.

These programs and services are designed to help DUI offenders. With the right support and counseling, individuals can successfully overcome a DUI offense and work towards becoming productive members of society.

The consequences of drunk driving in Florida can be immense, from serious bodily injury to death. It is essential to note that the punishments for DUIs can be severe, with the penalties getting harsher with prior DUI convictions. It is advisable to hire a lawyer if you are facing a DUI charge, especially in cases of a fourth or subsequent conviction. Jared Spingarn is an experienced lawyer in Hollywood, FL, that can help you navigate the legal process and work toward the best possible outcome for your case.

If you’re involved in a drunk driving accident in Florida, don’t hesitate to reach out to Jared Spingarn, Accident Attorney, at 1-954-781-2316 for a Free Case Review or drop a message on their Contact Us page.