What State Has The Most Car Accidents In The US?

Home » What State Has The Most Car Accidents In The US? 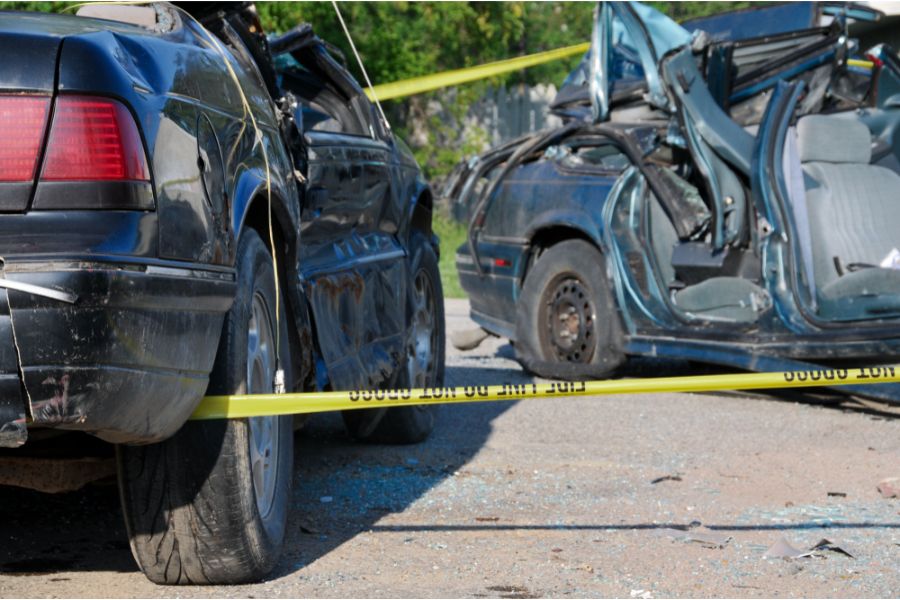 According to the National Highway Traffic Safety Administration (NHTSA), there were more than 5.2 million motor vehicle accidents in the United States in 2020. Out of those, over 35,000 resulted in fatalities. What state had the most number of car accidents? That would be Texas, followed by California and Florida. This article will take a look at the states with the highest number of car accidents and explore some of the common causes. We will also discuss what you can do if you are involved in one.

Car accidents can cause serious injuries, and the worst traffic accidents are fatal crashes. In Florida, your car insurance policy may cover your medical bills after the accident, but it may not be enough to cover serious injuries that cost more than $10,000. In these cases, you may recover compensation from the at-fault driver through a car insurance claim or personal injury lawsuit.

If you are in Florida, one of the top states where car accidents occur, get in touch with Jared Spingarn, Accident Attorney to know how to proceed after a car crash. Jared will guide you through the process and ensure that you are fairly compensated for your injuries.

Car Accidents in the USA

Additional data from the National Safety Council (NSC) shows that there were an estimated 276 million vehicles registered in the country in 2020 with around 228 million licensed drivers. The NSC reports that there were a total of 11.3 million traffic and non-traffic car crashes in 2020.

It must be noted that the NSC and NHTSA follow different criteria when recording car accidents, thus the statistics vary as well. While the NHTSA only records traffic crashes, the NSC includes non-traffic crashes such as those car accidents that happen in driveways, parking lots, and private roads. 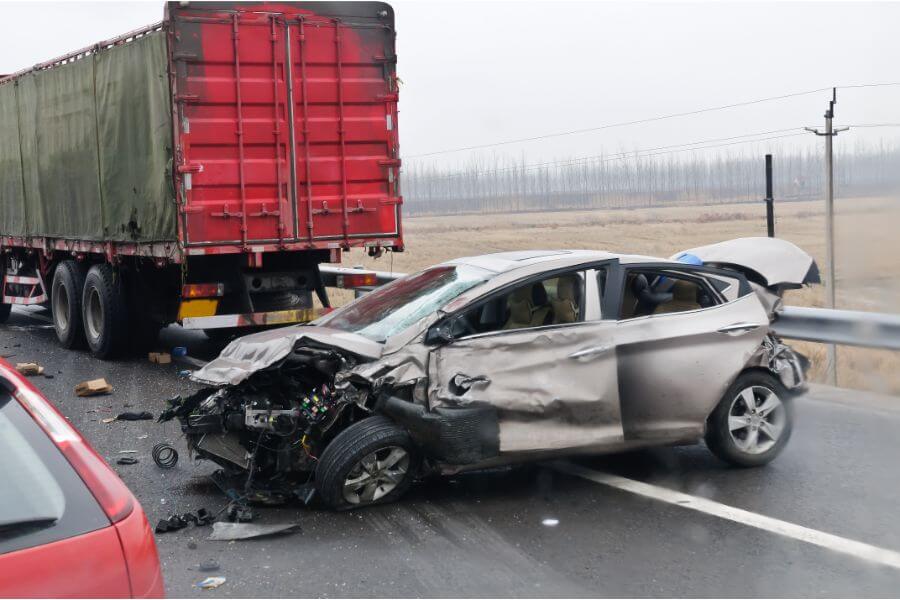 The Insurance Institute for Highway Safety (IISA) is an independent organization that also provides statistics on motor vehicle crashes in the USA. The IISA reported 38,824 traffic fatalities in 2020 alone. The number of fatal accidents reached 35,766. This number is equivalent to 11.7 deaths per 100,000 people based on the 2020 population of over 320 million.

States with the Most Car Accidents

According to the NHTSA, Texas had the most traffic fatalities of any state in 2020 with 3,874 deaths. However, the most fatal car accidents actually occurred in California with 3,558, compared to 3,520 in Texas. California recorded 3,847 deaths.

While there are many factors that contribute to car accidents, some states are more prone to them than others. If you’re planning on driving in a state with a high rate of car accidents, be sure to drive carefully and always obey the speed limit. And if you’re ever in an accident in Florida, be sure to contact an experienced personal injury attorney from the law firm of Jared Spingarn who can help you get the compensation you deserve.

Car accidents happen for many reasons. Some of the most common causes of car accidents include the following: 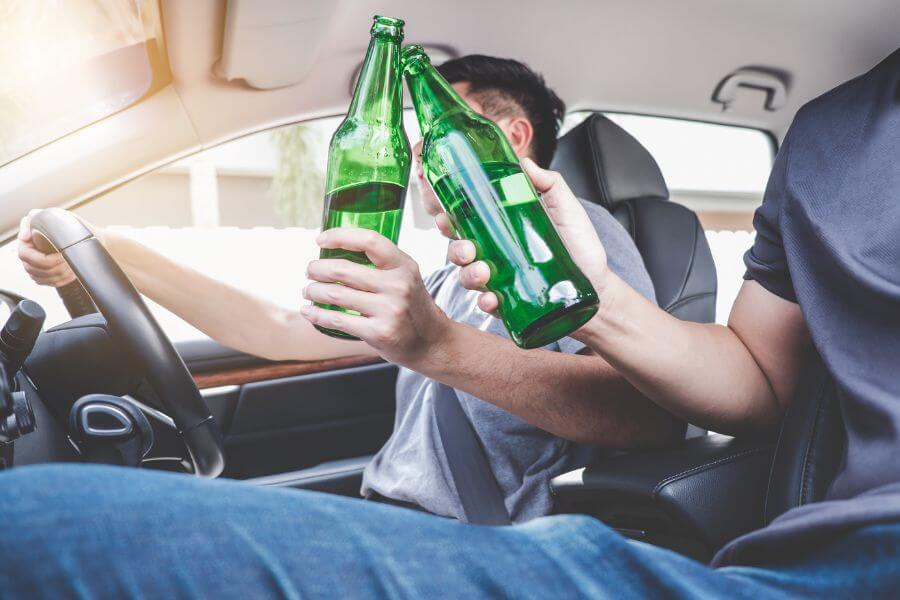 Distracted driving is one of the leading causes of car accidents in the United States. It can be anything from eating and drinking while driving, to using a cellphone, changing the radio station, or even talking to passengers.

According to the NHTSA, cellphone use is one of the most common forms of distracted driving, and it is also one of the most dangerous. Texting while driving is especially risky as it takes your eyes off the road, your hands off the wheel, and your mind off of driving.

Driving Under the Influence (DUI)

Driving under the influence of drugs or alcohol is another leading cause of car accidents. It can impair your judgment, reaction time, and motor skills, making it difficult to drive safely.

In 2020, there were over 18,000 fatal crashes in the United States that involved drunk driving. Over 5,000 drivers were identified as drunk driving fatalities and were found to have a blood alcohol concentration (BAC) of 0.08 percent or higher at the time of the accident.

Speeding is another major cause of car collisions and can be one of the deadliest. It increases the chances of losing control of the vehicle, as well as the severity of the accident if a crash does occur. In 2020, speeding was a factor in over 20% of all fatal crashes in the country. That’s equivalent to more than 6,000 deaths that could have been prevented if the drivers had been obeying the speed limit.

Reckless driving is any type of dangerous or careless driving that puts other people at risk. It can include things like tailgating, weaving in and out of traffic, making unsafe lane changes, or running red lights and stop signs. Most car accidents also involve some form of reckless driving, combined with other factors such as speeding and drunk driving.

Poorly maintained or defective vehicles can also lead to car accidents. Things like bald tires, bad brakes, faulty steering, and broken headlights can all increase the chances of an accident occurring. With millions of vehicles registered in the country, it is likely that many accidents are caused by poor vehicle conditions. Additionally, auto insurance companies may be hesitant to provide coverage for old and broken down vehicles, increasing the risk for drivers.

Icy, wet, or snow-covered roads can make driving more difficult and increase the chances of an accident. Additionally, if the visibility is poor due to fog or darkness, it can also make it more difficult to see other cars and avoid accidents. Driving in poor weather conditions can be dangerous as visibility is a significant factor in safely operating a vehicle. 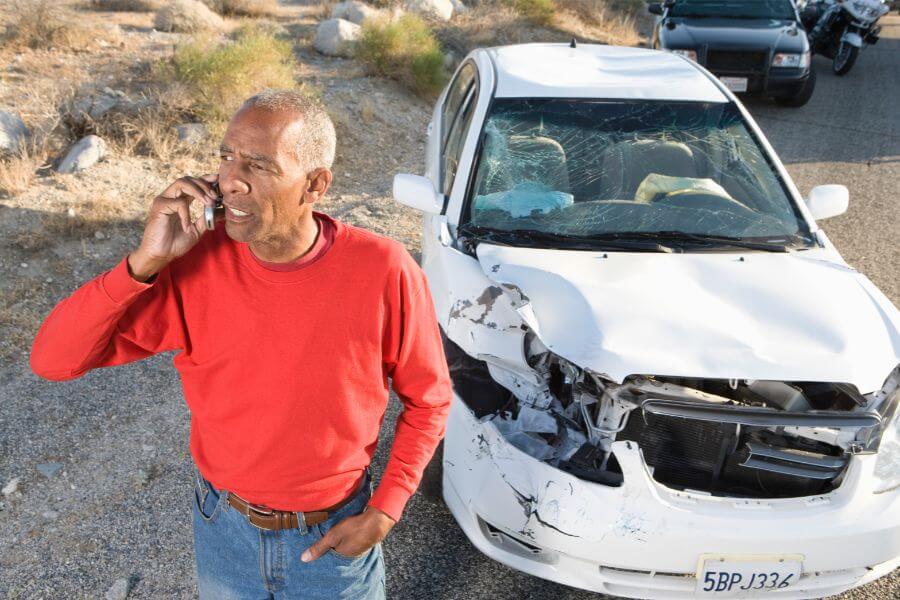 What to Do After a Car Accident

If you’ve been in a car accident, there are a few things you should do to ensure your safety and the safety of others. First, if possible, move your vehicle to the side of the road or to a safe location away from traffic. Then, call 911 or emergency services to get checked by a medical professional and ensure that police arrive at the scene. Once the police arrive, be sure to exchange information with the other driver, including your name, contact information, insurance company, and policy number.

Make sure that you get a copy of the accident report, as it will be needed when filing a claim with your car insurance company. Then, before speaking to an insurance adjuster or anyone else, get in touch with reputable car accident attorney Jared Spingarn. Jared will help you understand your rights, investigate the accident, and get the compensation you deserve.

Knowing what state has the most car accidents in the US will help you be more aware of the risks while driving. Be sure to drive safely and follow all traffic laws to help avoid becoming a statistic. If you are involved in an accident, make sure to get the help of an experienced car accident attorney to ensure that you are fairly compensated for your injuries and damages. Get in touch with Jared Spingarn today to learn more about how he can help you.

>> If you’re involved in a car accident in Florida, don’t hesitate to reach out to Jared Spingarn, Accident Attorney at 1-954-781-2316 for a Free Case Review or drop a message on their Contact Us page.