When Do Most Drunk Driving Accidents Occur?

Home » When Do Most Drunk Driving Accidents Occur? 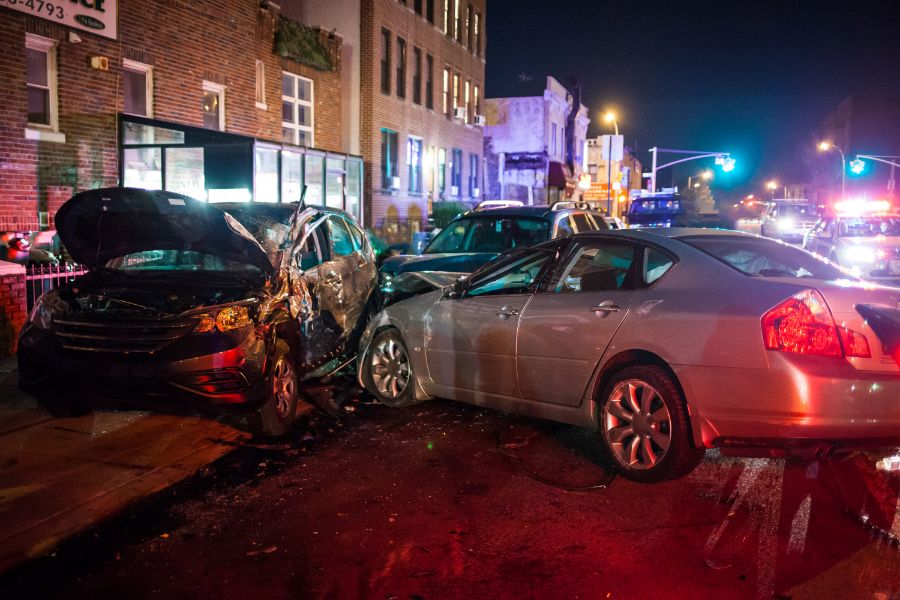 It’s no secret that drunk driving is a huge problem in the United States. Every year, thousands of people are killed in alcohol-related accidents. But when do most drunk driving accidents occur? Most people think that they happen late at night when the bars close, and with good reason.

In fact, according to statistics from the National Highway Traffic Safety Administration (NHTSA), most drunk driving accidents occur late at night and during the wee hours of the morning. It is important to be aware of these statistics and to be extra careful when out on the road. This article will take a closer look at the statistics for drunk driving accidents in the country and see when the majority of them occur.

If you are involved in a drunk driving accident or are facing a charge of driving under the influence, it is best to have an experienced accident attorney by your side. In Florida, look no further than the Law Offices of Jared Spingarn, P.A. Jared’s team had handled numerous cases of drunk driving accidents and can represent you in each stage of your case. Contact them today for a free consultation.

How does alcohol consumption affect a driver?

The Centers for Disease Control and Prevention (CDC) reports that alcohol consumption can adversely affect many skills required for safe driving. The institution recommends always assigning a designated driver when out drinking, as consuming alcohol can lead to the reduced ability to safely operate a vehicle. The most common effects of alcohol include the loss of speed control, impaired perception, reduced ability to track moving objects, and reduced visual functions. 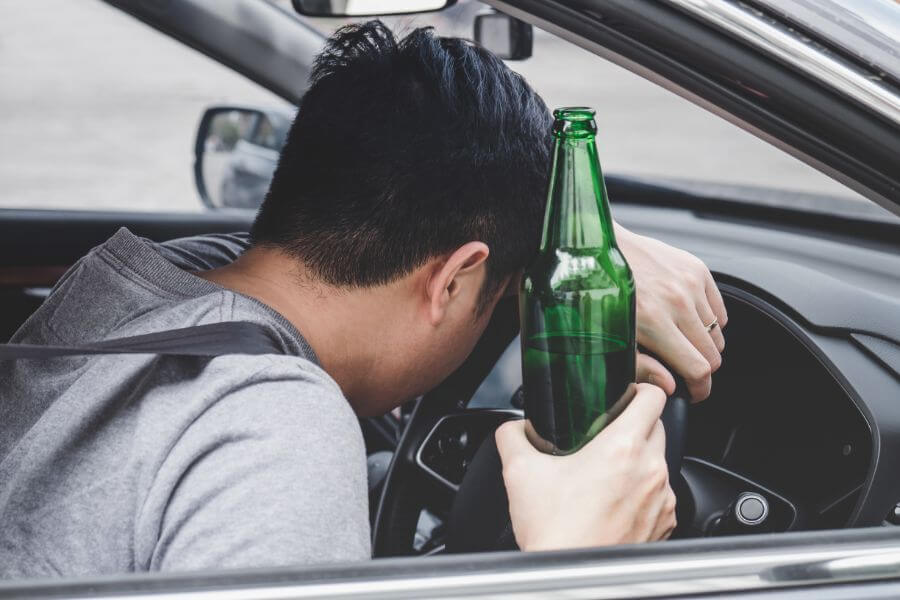 What is the blood alcohol concentration level that defines a drunk driver?

The legal limit for blood alcohol concentration (BAC) in the United States is 0.08 g/dL. This means that drivers who get into an accident with a BAC of 0.08 g/dL or higher, will be considered drunk drivers, and can possibly be charged with a first-offense DUI, depending on the number of DUI arrests the driver has been involved in.

In fact, in some states like California and Utah, you can be charged with a DUI even if your blood alcohol content is as low as 0.05 g/dL. While in Florida, alcohol-impaired drivers are charged with driving under the influence if their blood limit reaches 0.08 g/dL and above. It is important to know the laws in your state so that you can be sure to avoid breaking them. But in any case, driving under the influence is never a good idea, no matter what your BAC is.

Thousands of drunk driving crashes occur in the United States annually. In the worst cases, fatal DUI crashes are recorded with numerous drunk driving deaths in a single car accident. The following are the country’s statistics as reported by the NHTSA. Note that these drunk driving statistics include all motor vehicle crashes that involved alcohol-impaired drivers; they do not explicitly state that these were fatal accidents caused by alcohol impairment. 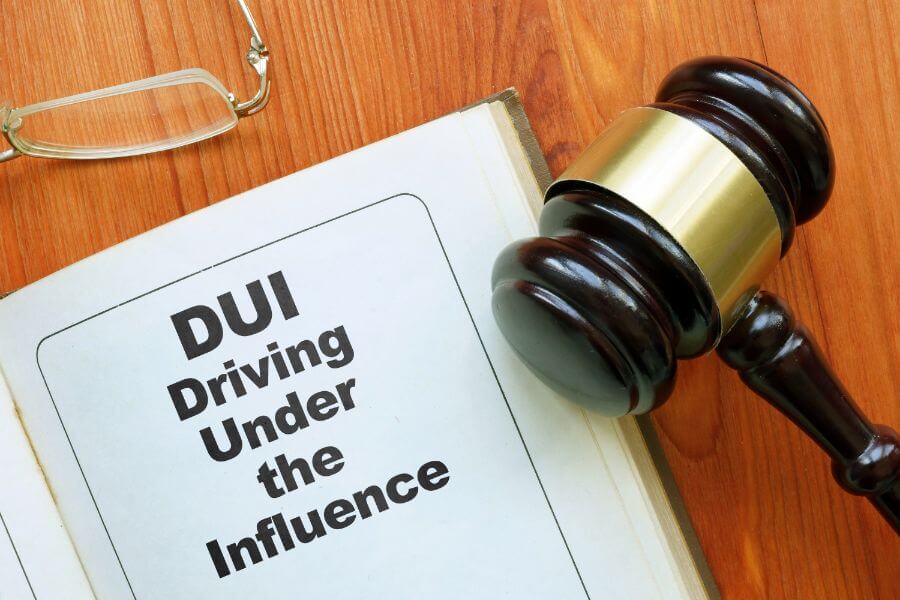 When a person chooses to drive drunk, they are not only putting their life at risk, but also the lives of others on the road. In 2020, the NHTSA reported 11,654 drunk driving fatalities. In each of these driving accidents, there was at least one alcohol-impaired driver involved. Of the total number of traffic crashes recorded in the country, alcohol-related fatal crashes accounted for 30%.

The number of fatal DUI accidents when comparing data from 2019 and 2020 increased by over 14%. In 2019, there were 10,196 traffic-related deaths involving intoxicated drivers, as compared to the 2020’s number. Additionally, more motorcycles – 27% of all accidents – were involved in DUI accidents as compared to passenger cars, trucks, and other vehicle types.

When discussing fatal crashes in which alcohol is involved, it is also important to look into the age group of drunk drivers. In the US, minimum drinking age laws state that the legal drinking age is 21 years. But many teen drivers are also involved in alcohol-related crashes due to the prevalence of underage drinking.

From the data presented by the NHTSA, young adults figured in the highest number of alcohol-related motor vehicle crashes. Drivers from the age groups of 21 to 24 years and 25 to 34 years accounted for an estimated 26% of all alcohol-related crashes each.

In fact, on weekdays, the NHTSA reports that 16% of all fatal crashes involved alcohol. The percentage almost doubled during weekends, when 27% of fatal crashes had at least one alcohol-impaired driver involved. Among the most dangerous days when it comes to drunk driving include holidays like Memorial Day, Labor Day, and Thanksgiving Weekend. The summer months of June, July, and August also accounted for over 30% of all fatal drunk driving accidents recorded in 2020.

In the United States, every state has different laws when it comes to drunk driving. But no matter what the law says in your area, it is always best to avoid drinking and driving. If you are caught driving under the influence, you will be arrested and charged with a DUI. The penalties for a DUI can be very severe and may even include jail time. 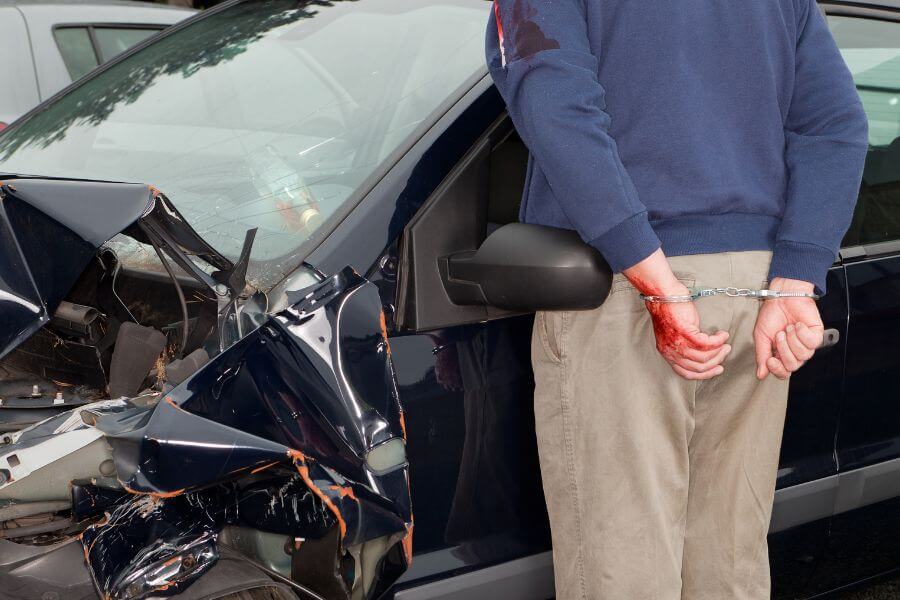 What is the cost of a drunk driving crash?

The cost of a drunk driving crash can be very high, not just for the people involved but also for society as a whole. The most recent cost data from the NHTSA was in 2010. It is estimated that the total cost of alcohol-related traffic crashes was around $44 billion in the entire country. These costs focused on economic data such as medical expenses, lost wages, legal fees, insurance processing, as well as property damage.

However, it must be noted that there are also non-economic damages that result from a DUI accident. Non-economic damages cannot be easily quantified but they can have a significant impact on the victim’s quality of life. These include pain and suffering, loss of enjoyment of life, and emotional distress.

This is why it is essential that you consult with a personal injury lawyer if you or someone you know has been involved in a drunk driving accident. If you are in Hollywood, FL, or nearby areas, get in touch with Jared Spingarn for a no-obligation, free consultation. Jared’s team of lawyers will evaluate your case and help you get the compensation that you deserve.

What can I do if I am involved in a drunk driving accident?

If you are involved in a drunk driving accident, the first thing that you should do is seek medical attention. Even if you think that your injuries are not serious, it is always best to have yourself checked by a doctor. This is important not just for your health but also for building a strong personal injury claim. After all, one of the elements that you will need to prove is that you have suffered actual damages.

Once you have seen a doctor, the next thing that you should do is contact a personal injury lawyer from the law firm of Jared Spingarn who specializes in drunk driving accidents. An experienced attorney from Jared’s team will be able to help you navigate the legal process and ensure that your rights are protected. Your attorney will also advise you on what steps you need to take in order to get the maximum compensation for your injuries.

Drinking and driving are very serious problems. It not only puts your life at risk but also the lives of other people on the road. If you are caught driving under the influence, you will be arrested and may even face jail time. If you are involved in a drunk driving accident, you will also be facing very high costs.

When do most drunk driving accidents occur? As seen from the data above, most accidents that involve alcohol-impaired drivers occur at night, on weekends, and on holidays. If you or someone you know is involved in a DUI accident, whether as the driver or the victim, contact Jared immediately to seek legal representation and ensure that your rights are protected every step of the way.