Which State Has The Most Drunk Driving Accidents In The US?

Home » Which State Has The Most Drunk Driving Accidents In The US? 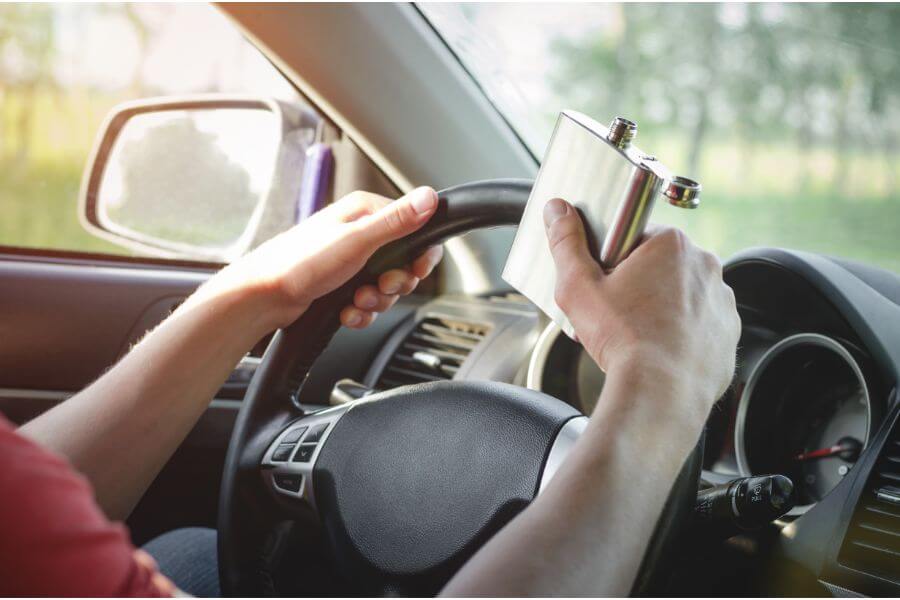 In any case, once a drunk driver is involved in a motor vehicle crash, chances are, they are going to be held accountable. And in many cases, the at-fault driver ends up causing several drunk driving deaths and serious injuries that may need a lifetime of care. So if you are thinking of drinking and driving, be aware that drunk driving has severe consequences that will affect not only you but also the people around you.

If you have been involved in a crash with a drunk driver, or if you were arrested for drunk driving, you will need to consult with a drunk driving accident attorney. An attorney can help you understand your rights and options, and they can represent you in court if needed. In Florida, get in touch with experienced accident attorney Jared Spingarn, P.A. Jared offers a no-obligation free consultation to help you get started.

Drunk Driving Statistics: How many drunk driving fatalities occur in the US?

In 2020 alone, the latest data from the National Highway Traffic Safety Administration (NHTSA) reported 11,654 drunk driving fatalities. These fatal crashes involved at least one person who was found to be drinking and driving. Additional drunk driving statistics from the administration show that of the total traffic deaths that were recorded in the country, DUI fatalities accounted for 30%. 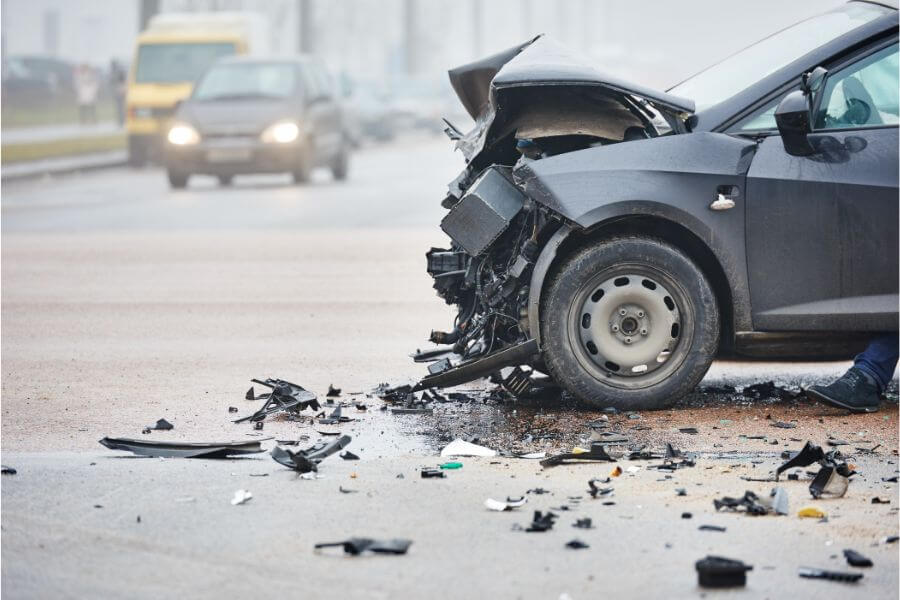 This means that nearly one-third of the deaths on US roads were caused by drunk drivers who chose to operate a vehicle under the influence of alcohol. Even though the number of alcohol-impaired driving or DUI fatalities has decreased since 1982, when it reached a peak above 25,000, it is still too high and needs to be addressed in order to reduce the risk of further crashes and traffic fatalities.

What is the blood alcohol concentration (BAC) legal limit in the US?

In the US, for a drunk driver to be considered alcohol-impaired, their blood alcohol concentration is at least 0.08 g/dL. However, some stricter states for drunk driving such as Utah, where a BAC of 0.05 g/dL may lead to DUI arrests. Additionally, some states have a zero-tolerance policy which means that any amount of alcohol in the body may lead to arrest and charges.

What are the effects of a high blood alcohol concentration level?

According to the National Highway Traffic Safety Administration, many drunk driving fatalities occur because of alcohol-impaired driving. This means that the drunk drivers’ physical and/or mental abilities were impaired which caused the crash.

At a BAC level of 0.05, drunk drivers may begin to lose their coordination which could lead to poor judgment which can then impact their ability to drive safely. At a BAC of 0.08, which is the legal limit in most states, physical and mental impairment becomes more pronounced which increases the chances of causing an accident.

At higher levels such as 0.10 or more, drivers may experience impaired vision which could lead to not being able to make well-timed decisions which can then result in dangerous driving and potential accidents.

What is the DUI severity score?

The DUI severity score is a measure that compares the relative seriousness of different types of drunk driving offenses. This score is based on factors such as the driver’s blood alcohol concentration, the number of prior convictions, and whether there were any passengers in the car. A high score indicates that the offense was more serious than usual. The exact scoring system varies from state to state, but generally, the more serious offenses can result in a prison sentence.

Which state has recorded the highest number of drunk driving cases?

Furthermore, Rhode Island reported that 30% of their traffic fatalities were alcohol-related, with the driver recording a BAC of 0.15 g/dL and higher, making Rhode Island one of the most dangerous states for drunk driving.

Which states have the lowest number of motor vehicle crashes involving alcohol impairment?

In comparison, the least dangerous states in the country are the District of Columbia, Utah, and Mississippi. These are among the least dangerous states as they reported that only 21% of their traffic fatalities involved alcohol abuse. Also, Utah registered the lowest number of fatal crashes (12%) involving a driver that had at least 0.15 g/dL BAC.

Which state has the strictest and most lenient drunk driving laws?

While there are many strict states for drunk driving, you will also find lenient states for drunk driving. For example, Arizona is one of the strictest states. After DUI arrests, an ignition interlock system is often imposed. This happens even after the first offense of alcohol-impaired driving. In contrast, South Dakota does not require an ignition interlock system at all, no matter how many DUI arrests the person has. Other lenient states when it comes to DUI arrests include the District of Columbia, North Dakota, and Pennsylvania. 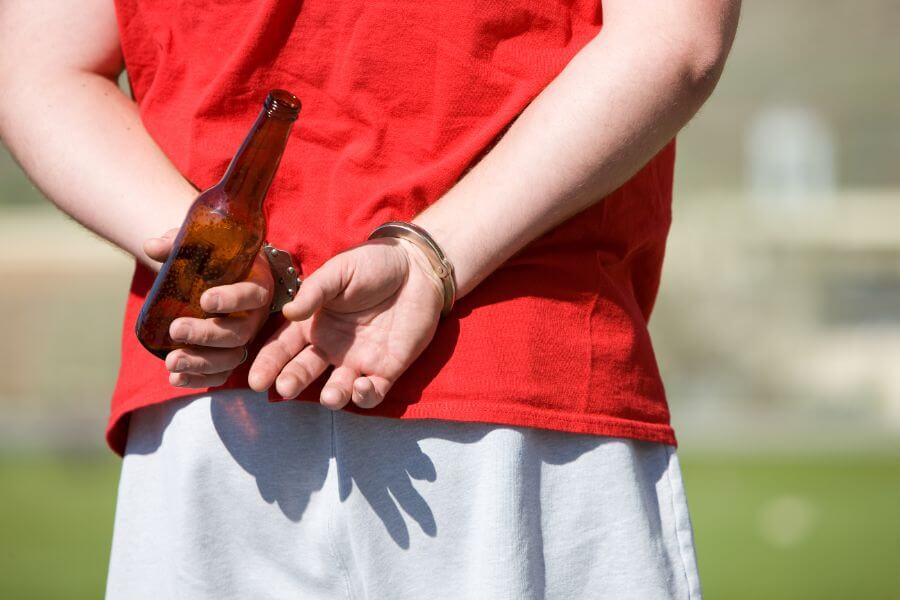 It is important to note that almost all states have a “zero tolerance” policy for drunk driving. This means that even if the driver is under the legal limit, they can still be arrested and charged with a DUI. Most zero-tolerance policies apply to alcohol consumption in minors. In these cases, a minor that consumes alcohol and gets behind the wheel can be arrested and charged with a DUI, even if their blood-alcohol concentration is below 0.08% which is the legal limit for most states in the US.

What are the consequences of drunk driving?

The consequences of drunk driving can be extremely severe. If convicted, a person could face jail time, steep fines, and loss of driving privileges. It is also possible to receive probation or community service in addition to the other penalties. In some cases, people may even have their cars impounded if they are found guilty of a DUI.

As mentioned, drunk drivers not only face legal consequences but also the potential of causing serious injury or death to themselves and others. When a driver is intoxicated, they are much more likely to be involved in an accident which can lead to property damage, severe injuries, and even death.

Driving under the influence also carries an economic cost that is estimated to exceed $44 billion each year. This includes costs for medical care, legal fees, insurance premiums, property damage, lost wages, and productivity due to alcohol-related traffic deaths and injuries.

For an individual who was a victim of a drunk driving incident, the economic costs include medical bills, rehabilitation costs, and lost wages which can add up to a large sum. In the worst cases, families and loved ones are left to deal with drunk driving deaths in their family, regardless of whether their loved one caused the accident or not.

Non-economic costs of drunk driving include emotional trauma which can affect family members and loved ones for many years. There is also the danger to life that comes with the possibility of an accident occurring due to a driver who is impaired by alcohol. Finally, there may also be severe psychological effects which range from mild feelings of guilt or shame to post-traumatic stress disorder which can affect a person for life. 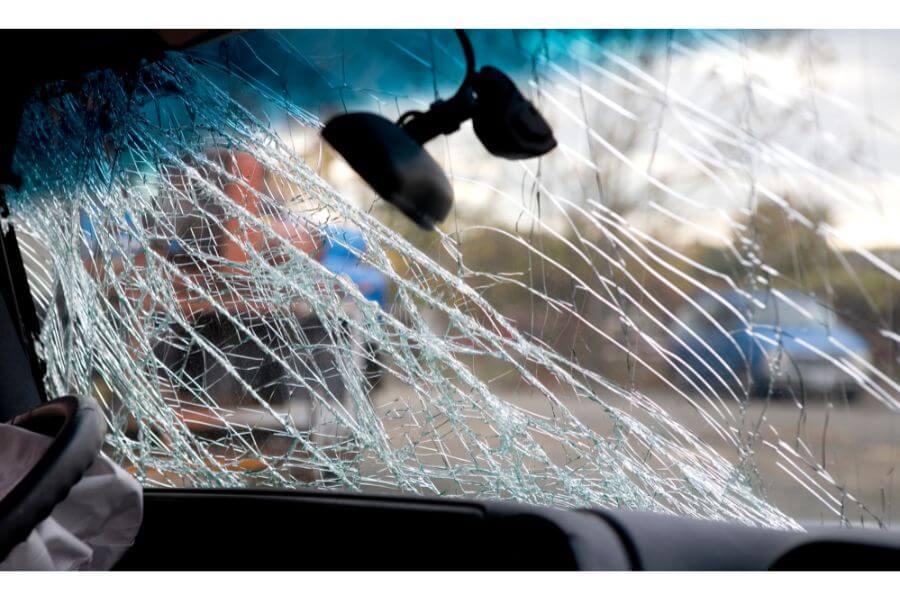 What should you do after a drunk driving crash?

After a drunk driving crash, you must take the necessary steps that will help you recover from the accident. These steps include the following:

1. Assess your injuries and get the necessary medical treatment.

Drunk drivers are often unaware of the severity of the crash they were in. Therefore, it is important to get a full medical assessment which can help you determine if there are any hidden injuries that need to be addressed. These include internal bruising, bleeding, whiplash, concussions, or other injuries which may not be apparent at the time of the accident.

2. Contact the police and file a report of the incident.

Once your injuries have been treated, you should contact the police and file a report which details your version of the events which happened at the time of the crash. This will help you build a case against the drunk driver which can later be used to seek compensation for your injuries and damages.

3. Document any evidence which can be used to prove who was at fault for the crash.

You should document any evidence which can be used to prove who was responsible for the crash. This includes taking photographs of the scene, getting witness statements, and collecting other pieces of evidence which may help strengthen your case against the drunk driver.

4. Contact a competent drunk driving accident attorney from the Law Offices of Jared Spingarn who will be able to help you with your case.

Finally, you should contact a competent drunk driving accident attorney from the Law Offices of Jared Spingarn who can help you to seek compensation for your injuries and damages. Your attorney will be able to guide you through the process which includes identifying all liable parties, negotiating with insurance companies, and filing a lawsuit if necessary.

Jared’s law firm has several competent lawyers who can help you build a strong case that can help you recover after the accident. Jared has already handled several drunk driving cases which have resulted in favorable outcomes for his clients. Your lawyer from Jared’s team will be able to provide you with the best legal advice which can help you receive maximum compensation for your losses. Speak with one of their attorneys today to begin your attorney-client relationship.

If you or someone you know has been involved in an accident caused by a drunk driver, it is important to contact an experienced drunk driving accident attorney who can help guide you through the legal process. Be sure to speak with reputable attorney Jared Spingarn in Florida so you know you’re getting the best representation possible. With Jared’s help, you can be sure to get the justice that you deserve.